1 There was a familiar face in the dugout

Before saving Chelsea from certain relegation Guus Hiddink was enjoying the first of his two spells as manager of Holland. We say enjoy- there wasn’t a whole lot to be happy about on the day. At least he could console himself in having a majestic lip tickler.

Arsenal and Spurs were the only clubs to provide more than one player for the England first team on the day. David Seaman and Tony Adams represented the red side of North London, while Spurs boys Darren Anderton and Teddy Sheringham repped the white side.

3 The Fugees were killing everybody softly

Wyclef Jean, Pras and Lauryn Hill were hanging on to the number one spot with ‘Killing Me Softly’, before it was knocked off the top after five weeks by arguably the best song in footballing history. All together now…

Lazio’s Aron Winter and Sampdoria’s Clarence Seedorf went toe-to-toe with Inter’s guv’nor Paul Ince in the engine room. In fact there were no Premier League central midfielders on show, with Ince partnered by Paul Gascoigne, then of Rangers.

Stam was still a relatively inexperienced PSV centre-back heading into Euro ’96, and had to settle for a place on the bench against England. Aged 23 he wasn’t yet follicly challenged, but he was still a terrifying looking bloke.

No wonder England won so easily. Bogarde, who would become infamous for sitting on Chelsea’s bench for four years, started alongside Danny Blind and Michael Reiziger in a back three. Alan Shearer had a field day.

Amid talk of racial tension, camp divides and money troubles young Ajax midfielder Davids would say that Hiddink was, “too deep in the ass of Danny Blind.” It’s safe to say he wasn’t in the side that got hammered.

8 It was sixth time lucky for England

The 4-1 win was payback for five games England had played against Holland without winning, a record that stretched back to 1988, when a late Tony Adams goal salvaged a 2-2 draw. That night Gary Lineker and Peter Beardsley started up top. Those were the days!

9 But the Scots still lost out

Ahh Scotland, the Auld Enemy. England’s win was doubly as sweet as Patrick Kluivert’s 78th minute goal meant the Dutch went through to the next round on goal difference, in place of Scotland. If only Gary McAllister had sunk that penalty… 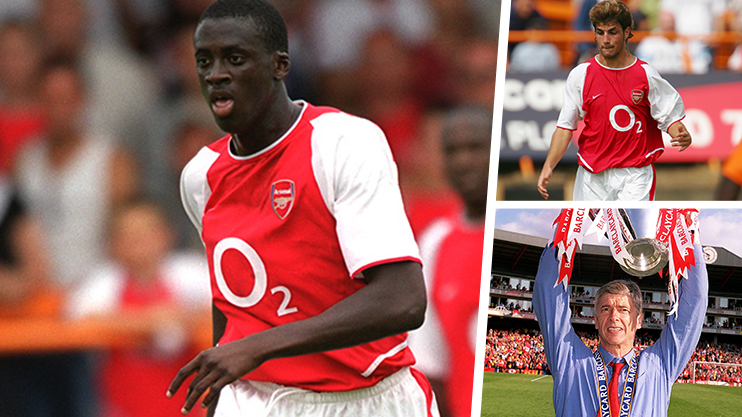 VIDEO: While we’re getting all nostalgic…