Carlos Puyol proves once again why he is a class act as he watches El Clasico from a refugee camp in Greece.

The Barcelona legend saw his former side take on Real Madrid at a screening which will also be shown to over 1,000 refugees.

The former Spain international saw the blockbuster clash with refugees who live in four camps near Thessaloniki.

Puyol was seen posing for selfies and chatting as he brought a smile to people’s faces.

The fixture, branded as the biggest in world football, was screened on two giant indoor screens.

Puyol, who is an ambassador for La Liga, was joined by La Liga president Javier Tebas and Greek migration minister Yannis Mouzalas. 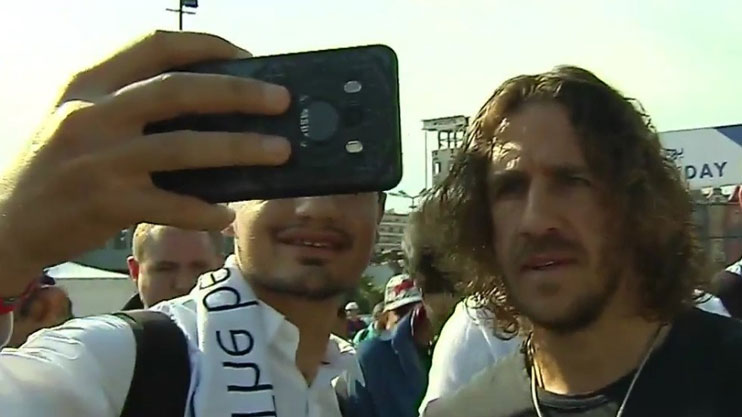 Prior to the match, the Spanish top flight released a statement, reading: “Over 1,000 refugees are set to enjoy a special El Clasico event in Thessaloniki, Greece.

“#ElClasico will take pride of place on the television sets of millions of football fans across the world this coming Sunday.

“Far and wide, in all four corners of the planet, fans will be gripped by the excitement generated by the greatest footballing show on earth.

“One location where this will certainly be the case is the Greek city of Thessaloniki.”

Over 1,000 refugees are set to enjoy a special #ElClasico event in Thessaloniki, Greece 👉 https://t.co/CFvVPIpYPA pic.twitter.com/BAUeqYVuAK