Russia’s days at Euro 2016 could be numbered.

But maybe they shouldn’t even have begun.

This afternoon we’ve been combing through the United Nations Security Council Resolution 757.

Anyway, as the history buffs among you will know, Resolution 757 was what got Yugoslavia thrown out of Euro 1992, before a ball was even kicked.

Which in turn was responsible for this happening. 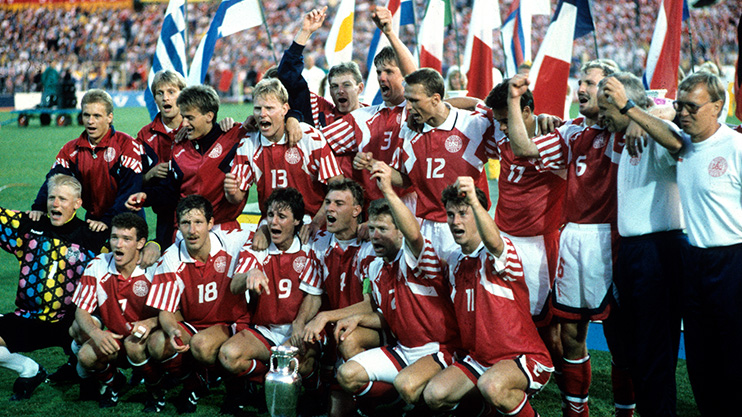 The resolution, which addressed Yugoslavia’s involvement in the war in Bosnia, was adopted by the UN Security by 13 votes to one, and agreed that all states would…

“… take the necessary steps to prevent the participation in sporting events on their territory of persons or groups representing the Federal Republic of Yugoslavia (Serbia and Montenegro).”

And the reason Resolution 757 came into being, stay with us, was that certain elements of an earlier resolution (752) had not been complied with.

Those included demands that “all parties concerned in Bosnia stop the fighting immediately” and that “all forms of interference from outside Bosnia cease immediately.”

Now it doesn’t take an expert in geopolitics to draw parallels between what happened in Bosnia in 1992 to what’s happening in Ukraine in 2016.

You could argue that Russia’s annexation of Crimea in 2014, which continues to this day, represents the very ‘interference’ which so vexed the UN in 1992.

And as the BBC has reported recently, ‘outbreaks of fighting … frequently violate the truce and lives are still being lost, two years after the conflict broke out.’

Are there double-standards at play?

Did the UN set a precedent in 1992 that they’ve failed to live up to?

And should Russia have been disqualified from Euro 2016 before it even started?

VIDEO: And their hooligans are bonkers