Who doesn’t want a drunk Wayne Rooney at their wedding?

Actually, probably quite a few people.

Nothing pulls focus from your special day quite like England’s all-time leading goalscorer popping in to say hello.

But that doesn’t necessarily mean you want drunk Wayne Rooney anywhere near the happiest day of your life.

Spare a thought, then, for the bride at the Grove Hotel, Hertfordshire, on Saturday night who had her thunder well and truly stolen by drunk Wayne Rooney, cavorting his way through Function Room B.

According to the Sun, Rooney crashed the wedding party as part of a post-match bender to celebrate England’s 3-0 win over Scotland at Wembley earlier that evening.

Witnesses to the drinking binge said Wazza got started in the hotel bar on that classic Saturday night cocktail of beer AND red wine.

We all know how that ends.

A witness who saw the whole thing told The Sun: “I can only conclude that he was celebrating the win against Scotland.

“He was really shit-faced.”

And why not. It’s not like he has to play much football these days.

The witness went on: “His speech was slurred, his lips were red with wine and his eyes were red.”

So far, so Rooney.

“At midnight he was asked if he would come and say hello to guests at a private wedding party. He posed for photos, chatted with the bride and had plenty more to drink.”

Meanwhile, in a dimly-lit bedroom upstairs, Gareth Southgate quietly unfolded his teamsheet for tonight’s friendly with Spain from his breast pocket and drew a very neat, straight line through Rooney’s name.

READ: Punter pulls off win of the century with 800,000/1 accumulator 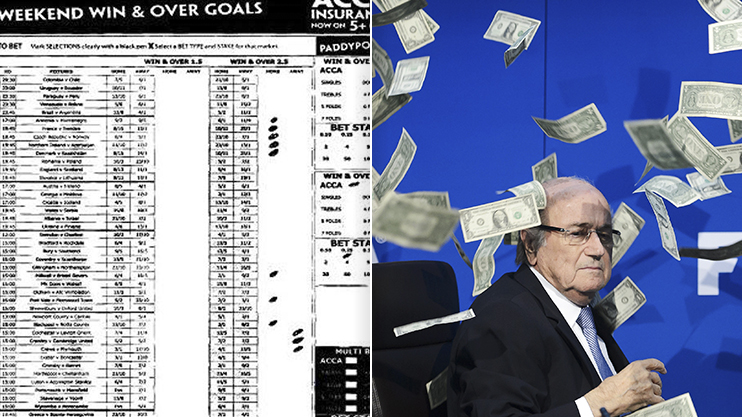 WATCH: Is Alan Shearer the greatest English goalscorer of all time?