The Arabian Messi went to bed last dreaming of scoring a panenka against Barcelona in front of the real-life Messi.

And then today, this happened. 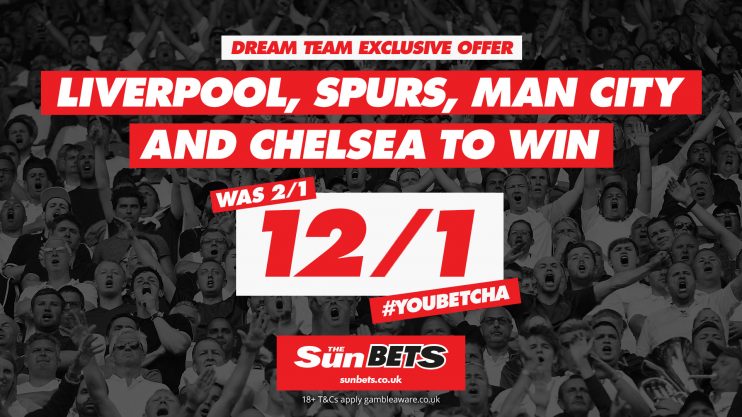 OK, Omar Abdulrahman’s Al-Ahly ended up on the wrong end of a 5-3 drubbing in Qatar.

But he’ll still be able to show his grandkids this in 50 years time.

That’s if there’s any data left in the world by then.

And if grandkids are still a thing.

Before then Abdulrahman has a glittering career ahead of him in European football, if he wants it.

FANCY A MINDBOGGLING MIDWEEK ACCUMULATOR? GET SPURS, CITY, LIVERPOOL AND CHELSEA ALL TO WIN AT 12/1

He had a trial at Man City in 2012 and has since been linked with Arsenal, Everton, Southampton and Celtic.

And is the reigning Asian Footballer of the Year.

But that’s just par for the course for the Arabian Messi.

It’s only a matter of time before we see him in the Premier League.

Unless Barcelona try to sneak in and do a deal while they’re out in the Middle East.