Well, we probably won’t look back at Argentina’s time in Russia too fondly, will we?

Jorge Sampaoli’s side looked distinctly off-colour throughout the tournament, struggling through the group stage before a late goal from Marcos Rojo against Nigeria sealed their place in the last 16.

But up against France today, they once again fell short with Kylian Mbappe inspiring Les Bleus to a stunning 4-3 win.

The youngster made a mockery of Argentina’s back-line throughout the match, embarrassing Marcos Rojo in the first-half and frustrating Nicolas Otamendi in the second.

In fact, the Man City centre-back seemed pretty peeved throughout the game – to the point where we’re not sure how he managed to avoid a sending off?

It all boiled over in the closing moments of the game, when Argentina scored through Sergio Aguero to give themselves a glimmer of hope with only two minutes remaining.

Could they score another and force extra-time?

It was extremely unlikely, but thanks to the sh**-housery of Otamendi, we’ll never know.

As France kick-off following Aguero’s goal, Argentina’s Gabriel Mercado’s desperation to win back the ball and help his side set-up one last attack sees him foul Paul Pogba, who goes down and forces the referee to blow for a free-kick.

Frustrated, Otamendi decides to trail over and smash the ball straight at Pogba’s back, wasting a ton of time which Argentina don’t have.

Believe it or not, this isn’t the first time Otamendi’s done this at the World Cup.

He booted the ball at a stricken Ivan Rakitic in Argentina’s defeat to Croatia last week.

What is it with this guy and booting the ball at players on the floor? 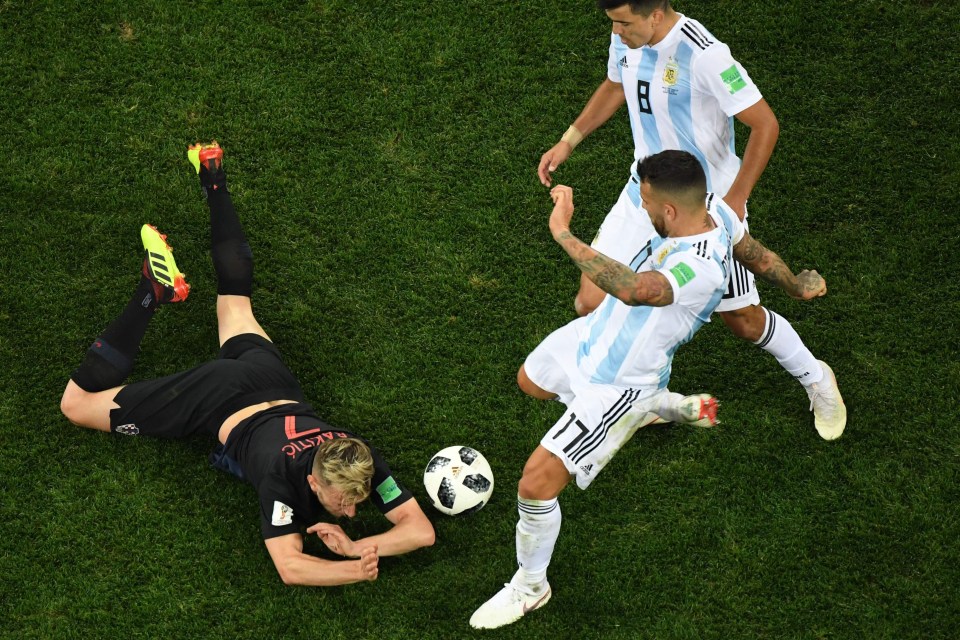 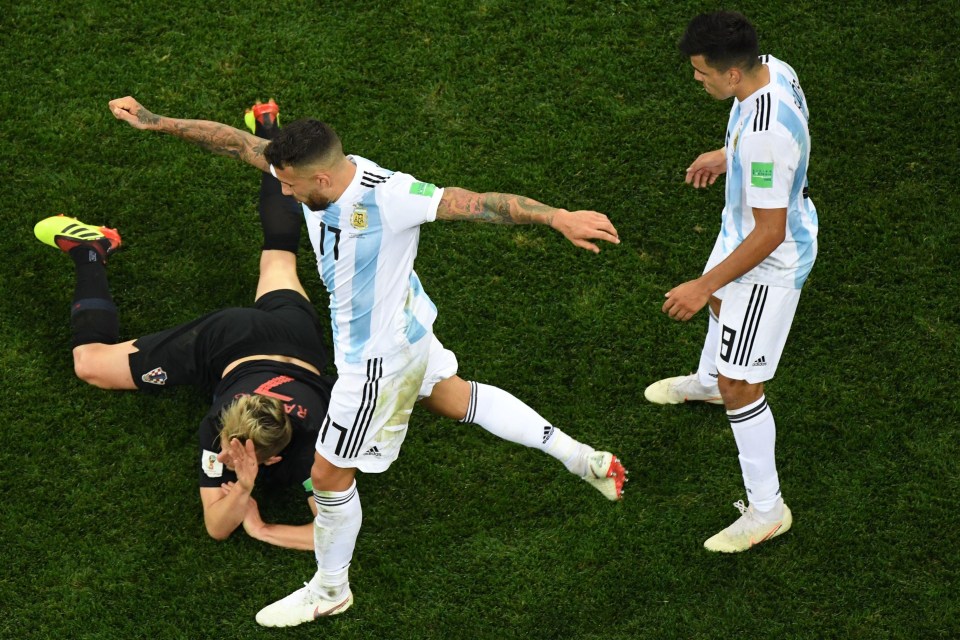 As you’d expect, plenty of folk on Twitter picked up on it.

Otamendi has done that twice now. Man should have been sent off both times.

Practically no time left and Otamendi is more concerned about fighting with the opposition players.

Wow didnt realize what a scumbag Otamendi is. No class. #ARG

Symbol of Argentina's World Cup: Desperately needing a goal to survive in the final minute, and Otamendi decides to go mental on an opponent and waste time.

Otamendi twats the ball at a player on the floor for the SECOND time this World Cup. Outstanding skullduggery

Just as well they went out then, isn’t it?

Imagine if this tw*t was still in the World Cup.