Two years ago on a moth-filled night at the Stade de France, Cristiano Ronaldo wept with tears of despair.

Up against France in the final of Euro 2016, Portugal’s captain and talisman was down; crocked with a knee injury he’d picked up in the early exchanges of arguably the biggest game of his career.

After trying his hardest to shake off the knock, the Real Madrid superstar fell to the floor; his dreams of playing a vital role in a major final for his country over.

As he was stretchered off the pitch, few would’ve predicted his anguish would turn to joy by the end of the night.

Why Ronaldo will be a Dream Team World Cup must-have 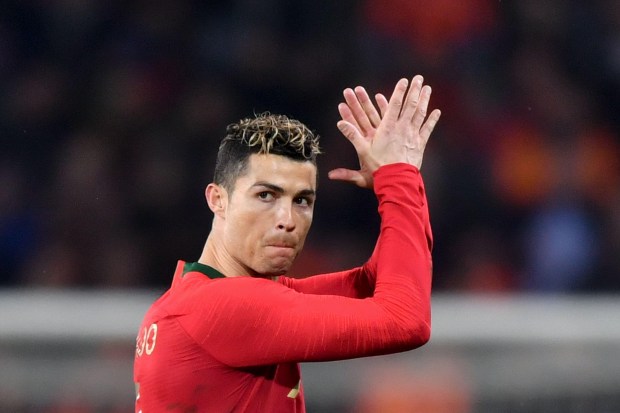 Of course, little-known striker Eder was Portugal’s hero with his injury-time winner, but Ronaldo was the name on everyone’s lips at full-time.

As team captain, he was the one to lift his country’s first-ever trophy in a major tournament which was his just reward for his years of devotion, passion and service to the national team.

Two years on and Ronaldo is still Portugal’s main man.

As Selecao das Quinas head to the World Cup this summer, Ronaldo remains in the top-two best players in the world after yet another highly successful season with Madrid.

Having began the campaign a little off-colour, Ronaldo hit a timely patch of form at the turn of the year and helped Los Blancos finish strongly by winning their fourth Champions League title in five years.

No doubt he’ll be up for the Ballon d’Or award at end of the year too.

But having achieved everything and more at club level, can he really lead Portugal to triumph at this summer’s World Cup?

As reigning European champions, you’d think that Portugal would go into Russia as one of the favourites to win the tournament.

But they’re certainly not fancied by bookmakers, with Sun Bets rating them as eighth favourites at 22/1 to win, even putting them behind the likes of England and Belgium.

The fact of the matter is; Portugal’s squad is relatively short of quality.

Ronaldo aside, there’s little there to compare them to the likes of Brazil, Germany or Spain.

And what’s more, their record at the World Cup is far from outstanding.

The brilliance of Eusebio lead them to third-place back in 1966, while the much-heralded ‘Golden Generation’ reached the semi-finals in 2006.

Speaking of which; Ronaldo’s record at the World Cup is fairly abysmal.

Despite being the record-holder for both goals and appearances for his country, the captain’s notched just three goals in 13 World Cup games over three tournaments.

Having made his debut for Portugal in 2003, Ronaldo quickly established himself in Scolari’s team at Euro 2004 and was the young face among the likes of Luis Figo, Simao and Deco at the 2006 World Cup.

His 2006 tournament will always be remembered for his infamous wink in the quarter-final defeat of England, with the then-Man United star becoming the ultimate villain of English football for his role in the sending off of his club-mate Wayne Rooney.

Four years later at the World Cup in South Africa, Ronaldo led Portugal at the very height of his powers.

Aged 25 and boasting the unique status as the world’s most expensive player, expectations were high.

Despite being named as man of the match in all three of Portugal group matches, his only goal of the tournament came in their 7-0 win over North Korea – his first goal in 16 months for the national team at that time.

Their World Cup inevitably ended with a 1-0 loss against eventual champions Spain in the round of 16.

And when the World Cup in Brazil rolled around, Ronaldo’s relationship with the national team was at an all-time low.

Going into the tournament with a potentially career-ending knee problem known as patella tendinosis, Ronaldo would later say: “If we had two or three Cristiano Ronaldos in the team I would feel more comfortable, but we don’t.”

His egotism and the little faith he had in his teammates shone through, and Portugal were eliminated from the tournament in the group stage.

As we head to Russia, there’s no doubt that the 33-year-old remains key to Portugal’s outside chances.

Portugal head up Group B along with their Iberian rivals Spain as well as Morocco and Iran.

Group stage elimination is out of the question.

And if Ronaldo lives up to his billing, then Portugal will fancy their chances of beating anyone on their day. But if he struggles, they’ll be unlikely to get too far beyond the group.

Whatever happens, Ronaldo is sure to be a top pick for Dream Team’s World Cup game.

Using our Dream Team metrics and WhoScored’s rating system, we’ve taken a look at where the Real Madrid star would’ve finished in our player rankings this season.

As you already know, Mo Salah finished top of the Dream Team’s points tally with 412 points.

And it looks like Ronaldo would’ve been a close third-place, having scored just one point less than second-placed Harry Kane.

Highlights of Ronaldo’s season include an impressive 11 Star Man awards, as well as four perfect 10 scores.

But he’ll always be the King of Dream Team, as he still holds the official Dream Team points record with his haul of 477 points from the 2007/08 season, when he clinched both the Premier League and Champions League titles with United.