We’re edging steadily closer to the start of the Premier League season and all the fantasy football goodness that goes along with it.

But until then, we’re having to make do with pre-season friendlies in far-away places to keep us entertained.

We’ve already had a good look at Man United, Chelsea and Liverpool’s outings last week, and today we’re looking back on some of Wednesday’s action…

1 Aaron Wan-Bissaka is the real deal

Wan-Bissaka is the chosen one (wan?).

By that, we mean that Man United forked out a pretty penny to sign the Crystal Palace right-back, and so far it looks like he’s worth every penny.

The England Under-21 star, who’s priced at £3.5m on Dream Team, impressed in United’s win over Perth Glory last time out and further showed off his skills in their 4-0 win over Leeds on Wednesday.

In a particularly eye-catching moment, he combined well with Paul Pogba to set-up United’s opening goal with a tap-in for young Mason Greenwood.

He’ll be one of the most popular players on the game this season, we reckon.

2 Wolves players could be key again

Raul Jimenez and Matt Doherty were two massive favourites on the game by the end of the campaign, each scoring well over 180 points.

And it looks like the same rule could apply this time around too, following their demolition of Newcastle in the Asian Cup.

Goalscorers Morgan Gibbs-White (£1.5m) and Diogo Jota (£2.5m) could be two players to consider, especially as the former is knocking on the door of the starting XI this term having made five Premier League starts in 2018/19.

Only Eden Hazard scored more points than Raheem Sterling (£6.5m) on Dream Team last season, so if that’s anything to go by then the young England forward should be one of the first names in your team this time around.

Sterling struck twice in City’s 4-1 win over West Ham on Wednesday afternoon to set up an intriguing Asian Cup final against Wolves.

City will be favourites to retain the Premier League title for the coming season and while they haven’t brought in an influx of new signings this summer, they have splashed the cash on Spanish midfielder Rodri (£2.5m) from Atletico Madrid. 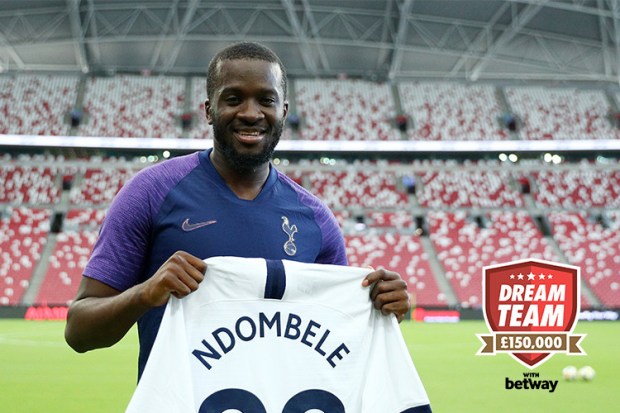 When does fantasy football start for the new season?

Dream Team is open for business!

It’s completely free to play as ever and there’s a hefty jackpot up for grabs if you finish inside the top 10 at the end of the season.

You’ll be able to play the Season game, Weekender and the brand spanking new Draft game which everyone is excited about.

It promises to be the best season yet…