Pep Guardiola will go all out for Alexis Sanchez as he looks to continue his record-breaking spree.

The Manchester City boss finalised the signing of Benjamin Mendy for £49.3million yesterday.

The club have bought six players this summer for £217.8m — beating Real Madrid’s 2009 high, with the transfer window open for another five weeks.

And City are looking to spend more, with Arsenal hitman Sanchez still very much in their sights.

They have been encouraged by the failure of Bayern Munich and Paris Saint-Germain to land Arsenal’s Chilean star.

And they remain hopeful the fact Sanchez, who has 12 months left on his Emirates deal, wants to play for Guardiola again can be a key factor.

Guardiola, with the City squad in Los Angeles, is said to be ‘delighted’ by the way the club’s transfer brokers have leapt into action this summer. 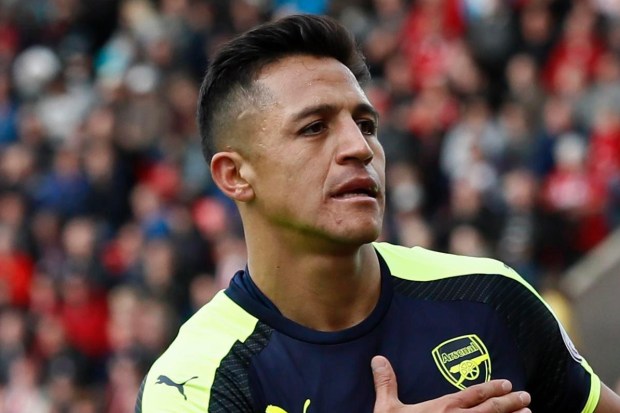 City held off late interest from Chelsea to complete the signing of French international full-back Mendy from Monaco.

The champions asked to be kept informed of developments as they struggled to complete a move for Alex Sandro of Juventus.

Yet Mendy said on joining City:  “This is what I wanted from the very beginning.

“As soon as the championship was over, I talked to my family and it was all clear in my head, I wanted to join Manchester City.

“Playing for Pep Guardiola can only be beneficial for me.”