Chelsea have tabled an £88million bid for Juventus striker Gonzalo Higuain, according to reports in Italy.

The Blues are desperate to find a replacement for Diego Costa, after missing out on Romelu Lukaku, who headed to Manchester United.

And according to Tuttosport, Antonio Conte looks determined to bag the former Napoli striker, who only moved to Turin last summer.

Bizarrely, Juve have just sold Leonardo Bonucci to Serie A rivals AC Milan for £35m after the Italy international reportedly fell out with Max Allegri.

But that might stop Juve weakening their squad any further, with the Champions League finalists yet to sign anyone this summer.

And Conte is keen to strengthen his forward line, with the added complication of European football thrown in to their Premier League title defence.

Tuttosport claim that Chelsea made an approach for Higuain 10 days ago, with both United and the Blues having trouble prizing Alvaro Morata away from Real Madrid.

SunSport have also reported that the club are interested in landing Pierre-Emerick Aubameyang from Borussia Dortmund.

Conte is expected to land Tiemoue Bakayoko from Monaco for just under £40m.

Nemanja Matic is also set to leave Stamford Bridge after sitting out pre-season training alongside Costa.

The Premier League champions are due to play Arsenal in Beijing’s Bird’s Nest stadium on July 22. 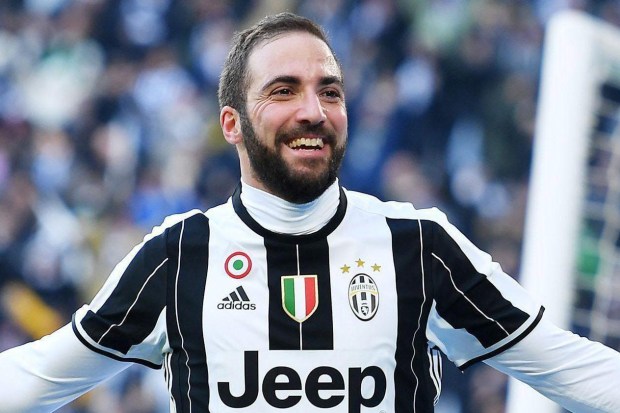