Chelsea are homing in on a £65million deal for Borussia Dortmund striker Pierre-Emerick Aubameyang.

After missing out on No 1 target Romelu Lukaku to Manchester United, Blues boss Antonio Conte is desperate to add more firepower to his squad as the champions start the defence of the title next month.

Aubameyang, 28, has been prolific in the Bundesliga bagging 40 goals last term and has been ready to leave Dortmund all summer.

Chelsea’s move for the Gabon international could set off a striker merry-go-round with Dortmund in talks with the Gunners for Olivier Giroud.

The French international is with the squad in Australia and hinted he could leave the Emirates this summer in search of regular football.

Giroud said this week:”I’m here in pre-season, I wanted to travel. Some people asked me if I am going to travel or not and of course, I am Arsenal player and for the moment I am here so I just want to prepare well for the season and we will see later.”

“We will see about my future but I am still an Arsenal player for the moment so I try to be professional.

“No matter what happens, I did my job on the pitch.” 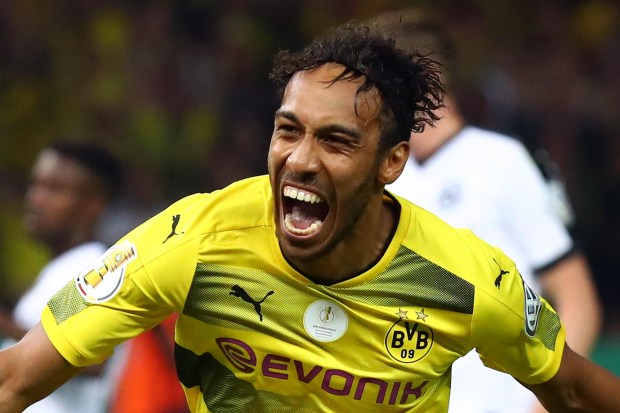 Giroud added:“I’ll try to prepare well for the season, that is the most important thing for me.”

The Spaniards can sign the striker but cannot register him due to their transfer embargo, meaning Costa will have to go on loan to stay match fit until the ban is lifted in January.

The writing is on the wall for the forward and Nemanja Matic who will not be on the Blues pre-season tour of the Far East next week.