Eric Dier remains a top Manchester United target – and is open to a move – despite Spurs refusing to budge on any of their stars, according to reports.

Tottenham chairman and master negotiator Daniel Levy will not even entertain talks about the England star but the Guardian claims the player and Jose Mourinho remain interested in a deal.

Spurs own a crucial chunk of the England squad – with Dier, Harry Kane, Dele Alli, Danny Rose and Kyle Walker – and their skill and unity took them to consecutive second-place Premier League finishes.

United would love to break that bond with a move for Dier and Mourinho would apparently play him in his preferred defensive-midfield role.

Dier – in 2010 while at Portuguese club Sporting Lisbon – revealed he was a Manchester United fan growing up and would find it difficult to reject an Old Trafford offer.

And United’s exciting summer spree – that has already landed them Victor Lindelof and Romelu Lukaku – could now extend to trying to tempt the fan away from White Hart Lane.

Mourinho allegedly made a soft offer for the Three Lions international at the end of last season that Levy laughed off.

But United are considering a second offer of £50m for the 23-year-old and would more than double his £70,000 weekly wage. 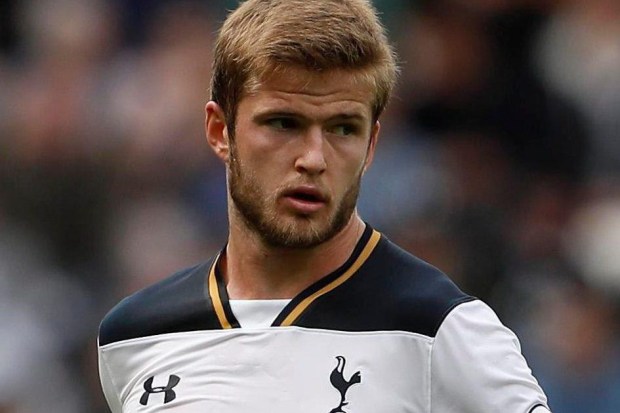 Spurs maintain a healthy pay structure that is currently capped at around £100,000 a-week but United would not hesitate in smashing that to land their man.

And they are expected to sign midfield grafter Ivan Perisic from Inter Milan after he finishes teasing fans over social media.

Dier proved during England’s disappointing Euro 2016 campaign that he is more than a defensive powerhouse with a stunning free-kick goal.