Chelsea have reportedly suffered a huge blow in their pursuit of Real Madrid forward Alvaro Morata.

The Spanish star has emerged as the No1 transfer target for Blues boss Antonio Conte.

After being gazumped by Manchester United for Romelu Lukaku, Chelsea are desperate to add another striker to their ranks.

Diego Costa looks destined to leave this summer after his text fall-out with Conte and is trying to force through a move back to Atletico Madrid.

That led them planning a £62million bid for Morata – but their search for a hitman may now have to go elsewhere according to Marca after the forward’s latest comments.

The ex-Juventus man returned to pre-season training with the Champions League holders this week.

And after holding months of speculation he held talks with Bernabeu boss Zinedine Zidane.

That has led to Morata, 24, to pledge his future to Madrid and vowing to fight for his place in the starting XI.

He is part of the squad that will soon depart for North America and is hoping to impress the Frenchman ahead of the upcoming La Liga campaign.

Morata is said to be intent on proving Zidane wrong when it comes to his preference in playing Karim Benzema.

The transfer window does not close until the end of August and his exit from the Spanish capital could still materialise. 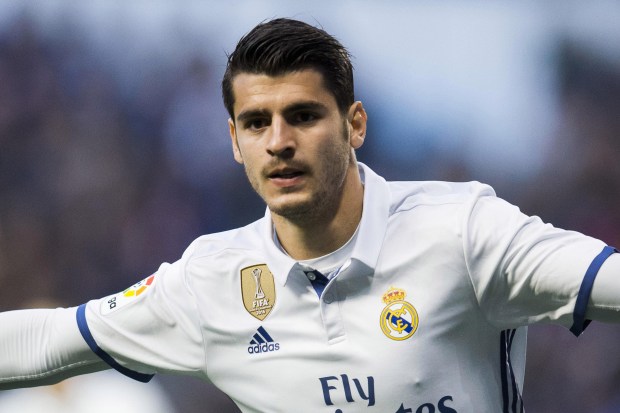 That has left Morata with little choice but to knuckle down and try to oust Benzema.