Arsenal star Theo Walcott has vowed to fight for his Emirates future, despite the club pushing to land Monaco winger Thomas Lemar.

Walcott, 28 is a summer target for West Ham who are prepared to shell out £20million for the England international who has two years to left on his current deal.

SunSport exclusively revealed last week the Lemar has agreed terms with the Gunners and has told French champions he wants to move to the Premier League this summer.

A fee has yet to be finalised but it is likely to be around £35m, with add-ons pushing the fee up by a further £10m.

Lemar could follow Sead Kolasinac and Lyon striker Aleaxndre Lacazette through the door this summer to add even more competition for Walcott who started 23 league games last season.

According to the Daily Star, the attacker has told close friends he has no intention of leaving the Emirates this summer.

Walcott’s 11 years at Arsenal make him the longest serving player in the current squad, and he is determined to extend his stay under Arsene Wenger who signed him as a kid from Southampton.

The winger returned to pre-season training at London Colney last week determined to cement his place in Wenger’s starting line-up against Leicester City in the opening league game next month. 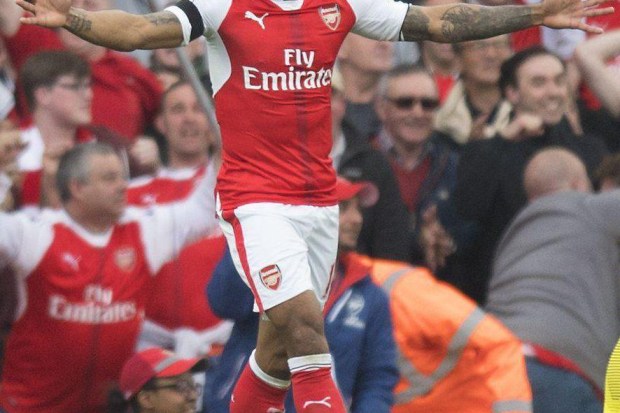 Walcott was part of the touring party that headed to the Far East on a plane on Sunday night.

Despite a strong start to last term bagging 11 goals before the new year, the winger fell down the pecking order at the Emirates and lost his place in the England squad under new boss Gareth Southgate.

Walcott knows he will play more games at the London Stadium under Hammers boss Slaven Bilic but is confident he can prove his worth in North London next season.