Ivan Perisic has sent Manchester United fans into a spin after seemingly dropping a huge hint on social media.

The Inter Milan star has been linked with a big money move to Old Trafford this summer, but a deal is yet to materialise.

However, eagle-eyed fans spotted that Perisic had been keeping close tabs on United star Paul Pogba – and pal Romelu Lukaku.

The Everton star is close to joining United in a massive £75million deal from the Toffees after the club hijacked a deal from Chelsea.

Lukaku and Pogba are close pals and have been partying in Los Angeles in recent days.

They even had cops sent to their rented mansion because of noise complaints.

Perisic, 28, is clearly keen to get in on the action with the two pals.

Pogba posted a video of the pair doing a special handshake and dance (complete with AgentP hashtag), that said he’d “see [Lukaku] tomorrow in training” – and Perisic was caught ‘liking’ the image. 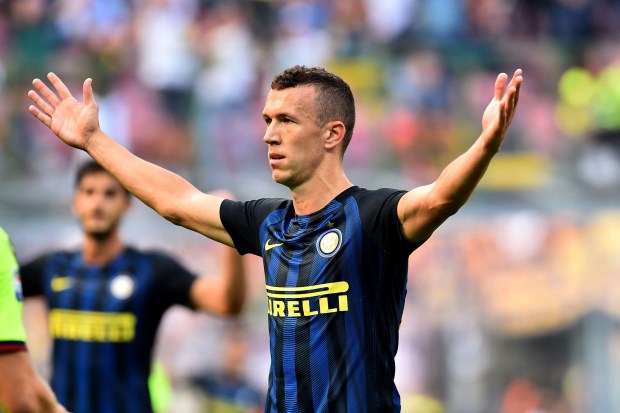 Hundreds of United fans took to social media to comment.

One said: “Look who liked Pogba’s post. I am sure Perisic to United will be completed soon.”

Jose Mourinho has been linked with a move for the Croatian all summer.

The powerful winger scored 11 Serie A goals for Inter last season and provided another eight assists.

The Croatian is very keen on a move to Old Trafford, but Ed Woodward and the United transfer hierarchy have told Inter they must lower their demands.

The Italian club had wanted around £50million for the former Wolfsburg star.

United are said to have made a £35m bid for the winger in June, but that was rejected.