The Italian wants the former Manchester United man to play off and support striker Mauro Icardi.

According to Tuttosport, the Serie A side will offer around £35m up front with an additional £8m in incentives and bonuses.

And his arrival could open up the door for Di Maria to leave.

Inter are also prepared to offer the forward a hefty wage packet.

It is claimed they have put a four-year contract worth £6.5m annually on the table.

Despite that large number, it is still less than Di Maria is currently pocketing.

He is earning around £9.5m a year at PSG – but he is unlikely to be offered the same package by the club again.

And Inter are hoping to the prospect of a new challenge will appeal to the ex-Madrid ace. 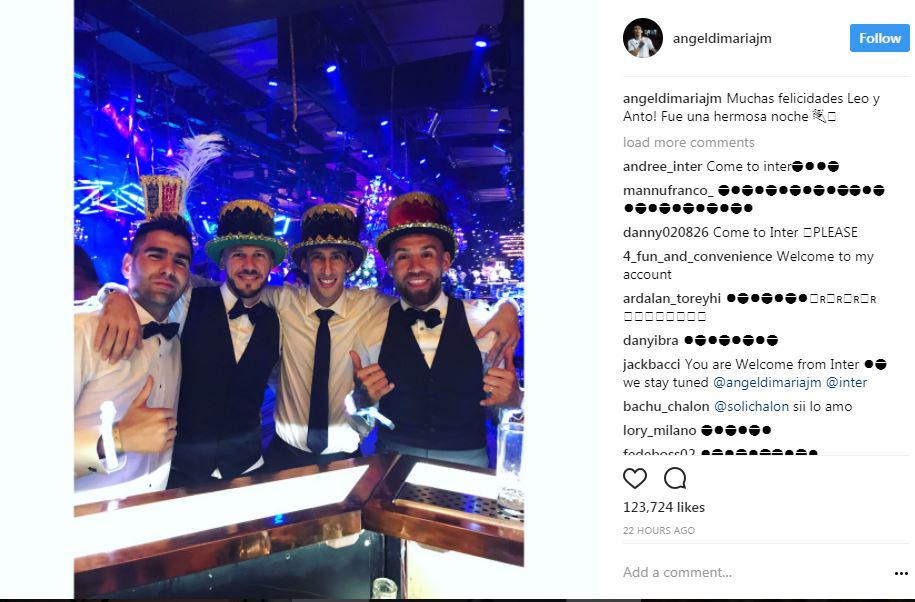 The club’s owners, the Suning Group, are planning to cover the expense of the deal through the help of sponsors, marketing agreements and merchandising stretching from his own brand of wine to smartphones.

Di Maria has been in Paris for two years since his move from United in 2015.

He has scored 16 times in 57 Ligue 1 matches for the club and helped them win the title twelve months ago.