Alex Oxlade-Chamberlain is set to leave Arsenal on a free transfer after rejecting the club’s latest contract offer, according to reports.

The 23-year-old has just a year left on his contract and is prepared to wait it out having failed to get assurances over first-team football.

The Times report that the England star was offered a new, improved deal to extend his stay with the Gunners but sees his future elsewhere.

Chamberlain started 16 Premier League matches last season but wants to be one of the first names on the team-sheet.

Liverpool have been tracking the winger throughout last season and stepped up their bid to sign Chamberlain last week.

An offer was rejected with Arsene Wenger not willing to cash in on Chamberlain with the future of Alexis Sanchez still in the dark.

It is believed that Chamberlain is seriously tempted of playing under Liverpool boss Jurgen Klopp and play alongside the likes of Philippe Coutinho and international team-mate Adam Lallana.

Even with a World Cup spot on the line, it appears Chamberlain’s heart is away from the Emirates after six years at the club. 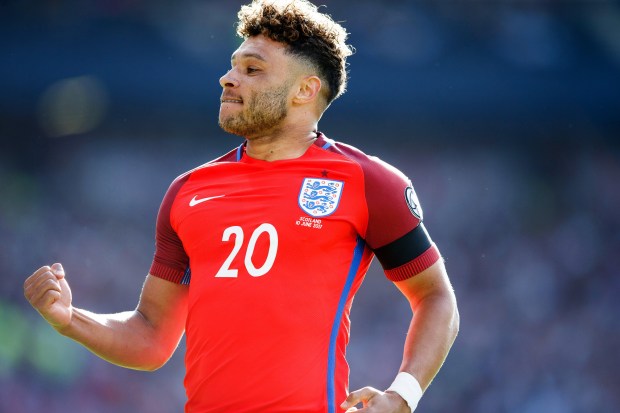 And Wenger could face more disruption to his squad this summer as Everton plot a shock £20million switch for striker Olivier Giroud.

The Toffees are preparing for life without Romelu Lukaku – who is wanted by Chelsea – and eye the Frenchman as the ideal man to fill the void.

Arsenal are closing in on Alexandre Lacazette with the club prepared to shatter their club record to land the Lyon man in a £50million move.

The striker could complete his medical as early as next week as Lyon try and find a replacement.