We’ve been betting on the Bundesliga for a few weeks now, but still the extent of our German remains Super Hans’ description of ‘the twins’ in Peep Show (“they turned fünf zwei years ago”).

This weekend brings another bucket-load of mouthwatering action from the Bundesliga, with Borussia Dortmund and RB Leipzig both in action on a bumper Saturday, along with the pick of the matches – Bayern Munich vs Bayer Leverkusen – delicious!

Betway have you covered every step of the way this weekend and they’re once again offering punters a free £30 bet on the Bundesliga (CLAIM HERE). 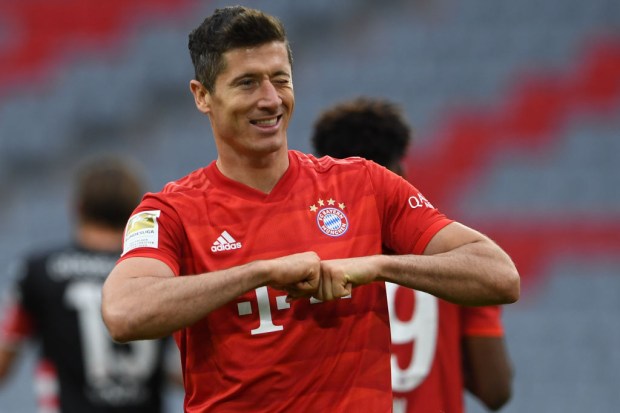 I just love it when a plan comes to together, don’t you?

All three of the Bundesliga’s big boys; Bayern, Dortmund and Leipzig were all winners in their last games, with Dortmund in particular filling their boots against rock-bottom Paderborn.

If you backed Dortmund to run riot last Sunday, then it’s likely that you’re living it large right now.

You have Jadon Sancho to thank for your new-found riches, after his hat-trick made up three of the goals in Dortmund’s impressive 6-1 win over Paderborn.

Elsewhere, Timo Werner and Lewandowski continue to prove themselves as bankers to find the net in every match, with the latter helping himself to two goals against Dusseldorf.

Shame on us for ever thinking that Werder Bremen’s good form would have have got them anything against Eintracht Frankfurt on Wednesday night… D’oh!

Nuri Sahin and co had been the surprise package since the Bundesliga returned, going unbeaten in their last three games (two wins and a draw) and doing so all without conceding a single goal.

We decided to completely ignore their lousy league position of seventh and backed them to get something against Frankfurt in midweek, and, well… they lost 3-0 – whoever said form was important?!

We (rather begrudgingly) have to give a shoutout to Portuguese side FC Famalicao who shocked us all on Wednesday night by toppling Porto in a suprise 2-1 win.

The first vs fifth affair didn’t exactly go to plan and, in the process, would have sent midweek accas everywhere (including ours) tumbling down.