Euro 2020 is just days away and Dream Team Euros bosses are wondering who will claim the Golden Boot this summer.

The prestigious award is given to the player who scores the most goals at the tournament – and therefore will likely be of the highest points-scorers – but who are the current favourites according to the betting odds?

Antoine Griezmann was the last outright winner of the award back in 2016 after scoring six times – including two in the semi-final against Germany – as France fell at the final hurdle.

And of course Harry Kane claimed the equivalent award at the 2018 World Cup as his six goals inspired England to their best World Cup showing in 28 years.

What can we learn from Betway’s latest odds on Euro 2020 Golden Boot market? 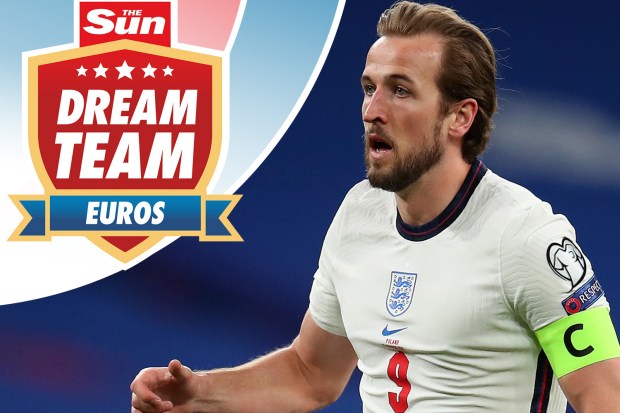 The best fantasy football game to accompany Euro 2020 has arrived.

And you can play absolutely FREE for your chance to win the £50,000 jackpot.

It’s no surprise to see these four leading the market and Kane’s status as outright favourite correlates with his insane Dream Team Euros popularity – his ownership of 60.7% is the highest of any player.

Romelu Lukaku is ever so close at 13/2 and will be hoping to cash in during the group stages against Finland and Russia in particular.

Inter’s prolific forward is £1.0m cheaper than Kane in Dream Team Euros which may encourage a few to jump ship.

Kylian Mbappe’s ownership has dropped below 50% in the last few hours but he remains the second-most popular player in the game (and the most expensive at £7.5m) while Cristiano Ronaldo can never be disregarded, even at 36 years old.

Best of the rest

Some huge prices on offer here – especially considering these are some of Europe’s most lethal finishers.

Griezmann has been France top scorer in the last two major tournaments and is very reasonably priced at £5.0m in Dream Team Euros.

The vast majority of Dream Team Euros bosses will have a front three made up of some variation of the 11 forwards listed here – Serge Gnabry is categorised as a midfielder – and picking the right combination could be the key to mini-league glory.