What’s this I hear? A new signing?

The last few days have been dominated by the news that Donny Van de Beek – the young Dutch midfielder – has been bought by Man United from Ajax for around £40million.

The deal went from being just whispers on the back page to a fully-formed transfer in the space of just two or three days – without any problems, worries or anything else to drag it out. I’m amazed. Genuinely amazed. Some competent and speedy negotiations from steady Eddy? I am most impressed.

Stam, van Nistelrooy, van Persie… van der Sar! We’ve had some delightful Dutchies in our ranks over the years and I’m very happy to see us add another…

Van de Beek’s arrival will provide our squad with some much-needed strength in depth in midfield. Last season, we really suffered with Pogba out for so long through injury, and things only really began to pick up when Bruno Fernandes was signed. Imagine if Bruno picked a nasty injury this season? VDB can fill that role, and a couple others, too…

According to our friends over at WhoScored, Donny can carry out a number of roles in midfield; he can play further forward, sit deep or fill the responsibility of a box-to-box midfielder.

Here’s some stats for you, too; in the last three seasons, Van de Beek has played a hand in 49 goals in 91 league appearances, with 28 goal and 21 assists from a variety of positions across the midfield. In the same time, only Rashford has played a direct hand in more league goals than the Netherlands international. Read more little facts and stats here.

As you know, the pressure is on Ole to improve on last season, with the fight for the top four seemingly tougher this year – with both Chelsea and Arsenal improving – and fixtures set to come thick and fact this term. That means Solskjaer can’t push our best starting XI to its limits like he did towards the end of 2019/20, so having some extra oomph isn’t bad at all…

📗 We can't wait to see what the next chapter holds! 😍#MUFC @Donny_Beek6 pic.twitter.com/Gskd6Ry8ob

Reports are coming in that United are keen to sell both Smalling and Jones this summer to free up space – and finances – for new recruits.

Roma are very keen to snap up Smalling after his impressive spell on loan with them last year and we’re supposedly working out a deal with them at the moment, while Jones is apparently wanted by Newcastle. Newcastle! Honestly, if Mike Ashley picks up Jones then I promise I’ll walk into my nearest Sports Direct and buy one of those outrageously large mugs. Cheers, Ash…

If these two do leave, then there’s some interest on our side in Leipzig centre-back Upamecano to take their place. Although, for what it’s worth, Italian journalist Fabrizio Romano – who seems to know all the ins and outs of the transfer market, doesn’t he? – believes the German club aren’t too keen on selling their young Frenchman, especially after losing Timo Werner this summer. It’s unlikely to happen, but I guess we’ll just wait and see, yeah?

I DREAMED A DREAM TEAM

Have you picked your Dream Team yet, for the season ahead?

It’s that time of year for fantasy football and with only nine (NINE?!) days to go before the start of the Premier League term, I reckon you should start to think about fixing up your team! I’m told the prize pot is a tasty £100k this year, with money to be won if you finish inside the overall top 10. It’s FREE to enter, too, so why the heck not?

Bruno Fernandes is the most-picked player on the game so far with 65% of managers choosing our playmaker. He’s well worth it, too, at £5m, and he picked up a barrel-load of points last season.

Greenwood (£3m) Wan-Bissaka (£4m) and Shaw (£2.5m) have also caught my eye, and by the time you read this there should be a shiny new Dutchman available on the game too, with Van de Beek starting off at £3.5m. Bargain!

If you haven’t signed up for Dream Team yet then there’s a link below. Please think about doing it… you might even be keeping me in a job! And remember you can join the official United Uncut mini-league too, using the league pin: SGUUNCUT. I’m in there already and I’ll be reporting back on the league’s progress every week – come on, you can definitely beat me! 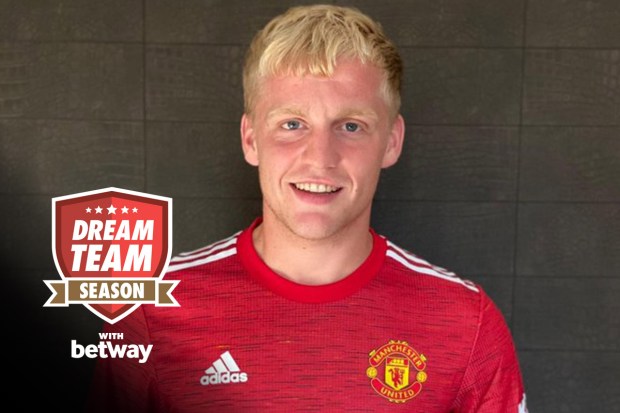 If the likelihood of Sancho arriving at Old Trafford in the next month looks dead in the water, then surely the prospect of buying Thiago Alcantara is a sinker too, right? I’ve heard today that we’ve been linked with the Bayern boy, but I just don’t see it happening…

As much as it pains me to see Liverpool sign a half-decent midfielder, I think they’re far more invested in signing him than we are, they’ve been linked with him for well over a month now, I believe. And quite honestly, I’m not really sure we’d want him anyway. We already have a strong midfield in Pogba, Bruno, Van de Beek and the likes of Fred, Matic and McTominay… do we really need someone else?

Also, at 29, he seems a little too old to be one of our transfer targets. Ole prefers to sign younger players who can develop, and I’ve always felt that’s just smart business.

Could the signing of Van de Beek spell the end of Fred’s time at the club?

According to Turkish outlet Fotomac, Galatasaray are monitoring his situation and are interested in acquiring the Brazilian on a loan deal with an option-to-buy. To be honest though, I really like Fred… his improvement last season was a step in the right direction and I still believe that he’s an excellent option for our midfield and we’ll be grateful for him when the games start coming thick and fast.

I doubt Ole really would let him go, but I’m not sure the same can be said for someone like Andreas Pereira…

Dream Team 20/21: Everything you need to know about the new season's game