Happy Wednesday all, our new most expensive player is in the bag and Dream Team is back. What a time to be a Blue.

Kai Havertz is finally one of our own after what feels like an eternity of haggling with Bayer Leverkusen.

On the pitch we got a glimpse of some of the new boys in a friendly with Brighton which ended 1-1 but I’m told pre-seasons count for nothing, right?

If you haven’t already, get your Dream Team in shape here and come and challenge me in my mini-league!

The pin for the Chelsea Chatter mini-league is: SGCHAT19… best of luck! 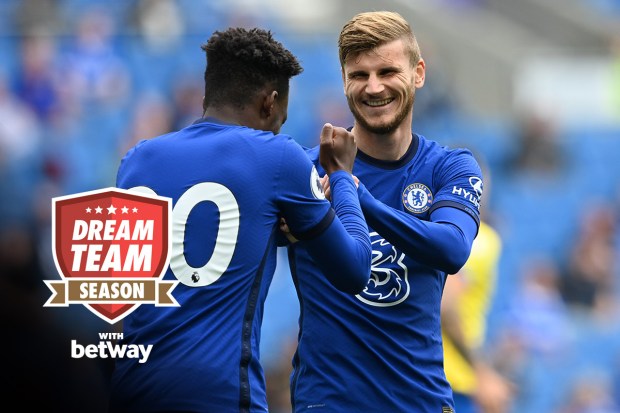 THE NEXT CHELSEA SUPERSTAR?

Since Eden Hazard’s departure last summer there has been a superstar-sized hole at the club.

Our youngsters held the baton brilliantly last season and will continue to get their chance… but this is Chelsea, the home of: Gianfranco Zola, Didier Drogba and Hazard more recently.

This summer we have already acquired four brilliant players in: Ben Chilwell, Thiago Silva, Timo Wener and Hakim Ziyech but the latest is quite possibly the best of the lot.

Havertz is expected to sign later in the week as he is on international duty with Germany, I hope Frank sent Werner off with some instructions for the 21-year-old as we are nearing the start of the season.

A whopping £90m of Mr Abramovich’s money has gone into signing Havertz, who is considered the future of football in Germany.

There are a lot of similarities in the deal as there were when we signed Hazard back in 2012. We skipped the queue to sign the Belgian and we have done the same in getting our hands on Havertz.

Chelsea are back where we belong in the transfer market.

All eyes will be on the midfielder when he plays and I for one don’t think that day can come soon enough, welcome to the Pride of London, Kai.

IF CARLSBERG DID DIRECTORS OF FOOTBALL

To think we could have Ed Woodward or even Mike Ashley in charge of our transfer dealings is enough to make the skin crawl.

While others are long-suffering slaves to their tight-pocketed owners and chiefs of football, we are blessed to have Marina Granovskaia running the transfers at Chelsea.

Yes it’s ultimately Roman’s millions but our Director of Football is the one who orchestrates the deals and gets the pen put to paper.

We have gone from signing Danny Drinkwater, Davide Zappacosta, and Alvaro Morata to signing some of the best in the world. You truly love to see it.

So while United fans vandalise Woodward’s home, I would like to tip my cap to the woman who has made the last two months of transfers possible, the mastermind of it all.

Right, I know I just blew a whole load of smoke the way of the club for their transfer dealings but there is one glaring issue they seem to have forgotten about. A 4ft 11 problem.

Kepa appears to be staying right where he is this summer and he has got the backing of our greatest ever goalkeeper, Petr Cech.

As the banner at the Bridge says: ‘If Big Pete’s happy, I’m happy’ but I do think the club will be making a mistake if they don’t sign someone to offer the Spaniard some competition.

In an ideal world, Kepa stays and has a great season, as I thought his first at the club was. But that is wishful thinking.

He was the standout worst performer for us last season and was replaced by Willy Caballero, who will turn 39 at the end of the month.

There are talks we are in for Edouard Mendy from Stades Rennes, who wouldn’t be a direct replacement for Kepa, rather a reminder his position isn’t a sure thing.

I know how most fans perceive our number one but I feel, especially when you think we paid £70m for him, we need to give him one last chance. Just please sign some backup in case things don’t go to plan.

FIRST LOOK AT THE NEW CHELSEA

Every season I promise myself not to pay any attention to pre-season and every year I find myself trying to stream Chelsea vs The Kansas Super-Chiefs (or someone similar).

We played Brighton at the weekend to get the boys warmed up for the season ahead and there was one stand-out performance.

It was Werner who scored our only goal in the 1-1 draw but Ziyech’s performance was the highlight. The Moroccan’s left foot is something us fans can get very excited about watching.

He put in a beauty of a cross to Callum Hudson-Odoi, who inadvertently squared it to Werner to make it 1-0 but all game Ziyech was a threat, the link-up with Reece James is something to get excited about.

He picked up a little knock so fingers crossed for the first game of the season against *checks notes* Brighton.

Elsewhere in the game, Antonio Rudiger gave away a penalty (shock) in a game that had a typically slow tempo for pre-season.

While it feels like only yesterday we were pasted in Munich, the prospect of the season getting underway has me acting like a kid on Christmas Eve. Itching for it to all get started.

For those of you who don’t have your Dream Teams up and running, get your skates on as it is just over a week until the season gets underway.

I am patiently waiting to bin Bruno Fernandes for Havertz so if Chelsea could hurry up and announce the deal, that’d be great.

You all sit and read my thoughts each week on the footballing world, but do you ever think ‘This bloke really doesn’t know what he’s on about’ well, you may be right.

And now you can prove it by entering the Chelsea Chatter mini-league.

Last season I was way down the League table but this is my year, I can feel it. Hell, I can taste it. So come on, sign up and see if you can beat my ‘Finding Timo’ side.

Let me know which Blues players have made your side, I’ve only got Christian Pulisic, Werner and Zieych… for now.

Injuries and suspensions update ahead of Game Week 8 - Stones sidelined