Joy Division, The Smiths, Oasis, and, um, Shayne Ward. They’re all cornerstones of the Manchester music scene and we’re sure Pep Guardiola listens to all of them regularly.

But he’ll be hoping to celebrate with a little bit of southern rock all the way from Tennessee on Saturday night, as Man City aim to be the Kings of Lyon.

And if that terrible joke didn’t do it for you, then perhaps this offer of a free £30 bet from out pals over at Betway will instead (SIGN UP HERE). 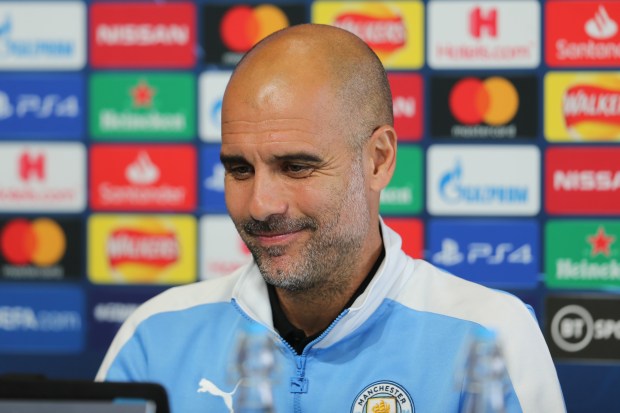 These next few weeks could be huge for Man City, who – as you may know by now – are the favourites to win the Champions League, with Betway pricing them at 2/1 to lift ol’ Big Ears.

We won’t get ahead of ourselves just yet but this really is a superb opportunity for Pep’s boys and they can really throw a marker down with a big win over Lyon at this quarter-final stage.

The French side are arguably the weakest team left in the competition, coming off the back of a poor domestic campaign that saw them finish in just 7th place in Ligue 1.

Sure, Lyon were good enough to beat Juventus last time out… but the fact is that the French outfit have won only three of their eight fixtures in the Champions League so far, and lost to both Benfica and Zenit in the group stages – as well as the second leg match with Juve.

City will be an entirely different kettle of fish for them – especially with Raheem Sterling in wonderful form at the moment.

Little Raheem has scored 10 goals in his last 10 competitive matches, and opened the scoring for City in their second-leg win over Real last week.

In fact, he has netted the opening goal in three of his previous four Champions League games that he’s scored in.

Lyon’s defenders should be quaking in their boots up against the England forward and we fancy him to strike early here – he netted inside the opening 10 minutes against Real last time, and he fancy him to do it again.

If I had a little money…