European football is finally back!

Granted, it’s not the Champions League just yet, but we’ve never been so excited to see the Europa League on our tellies.

Man United are in action tonight against Austrian-outfit LASK and are expected to win comfortably at Old Trafford tonight as they lead 5-0 on aggregate after the first leg five months ago.

If you do fancy a flutter on the big one, then our pals over at Betway have you covered with a free £30 bet. (SIGN UP HERE). 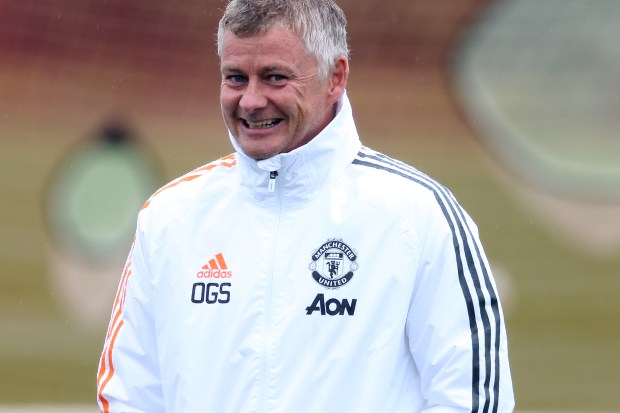 United will look to complete the job at Old Trafford this evening and reach the quarter-finals without too much fuss.

Naturally, United are the resounding favourites to win lift the trophy at 2/1 with Betway, although there’s still some pretty stiff competition about – including Inter Milan and Sevilla.

Ole Gunnar Solskjaer will likely rest the majority of his best players in this game; Bruno Fernandes certainly needs a rest while we doubt the gaffer would risk the likes of Anthony Martial and Marcus Rashford here.

We fancy Odion Ighalo to be in the starting line-up while Mason Greenwood might feature off the bench.

The youngster boasts five goals in the Europa League this term – three of those coming at Old Trafford – while Ighalo scored a delightful opener in United’s first-leg win.

United have won three of their last four Europa League games by at least four goals while also keeping a clean-sheet, and 11 of their last 12 wins across all competitions saw them score multiple goals without conceding.

We’re backing both Ighalo and Greenwood to score here with Betway at a boosted 5/2.

Arsenal and the FA Cup are a match made in heaven.

The victorious Gunners have now won each of their past seven FA Cup final appearances since 2002 – with no team enjoying a longer run of successive final triumphs in the entire history of the competition.

What’s more, Chelsea have lost three of their past 10 FA Cup final matches, with all three of those defeats coming against… you guessed it, Arsenal.

Despite Arsenal’s success, we fell just short in the FA Cup final when just one of our two picks netted in the Wembley showpiece.

We’d backed both Pierre-Emerick Aubameyang and Olivier Giroud to net, with each heading into the final in rich goal-scoring form.

Aubameyang stole the show with two goals – his winner being a delightful chip over Chelsea’s Willy Caballero – while Giroud endured a frustrating day out, with the Frenchman failing to even have a shot on target before he was hauled off on the 78th minute.

High, wide, but still quite handsome, wouldn’t you say?