Here it is then… the last dance, the final roll of the dice, the conclusion to it all.

Until, that is, the domestic season starts up all over again in about a month or so. Oh, and there’s the small matter of the Champions League and Europa League ‘mini tournaments’ throughout August, too.

But aside from all of that, the FA Cup final draws the curtain on a topsy-turvy 2019/20 campaign and we implore you to enjoy the day with our pals over at Betway – who are still offering you lovely lot £30 in free bets (SIGN UP HERE). 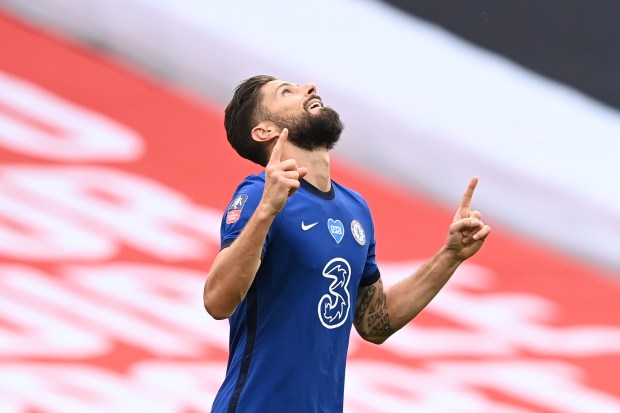 CLASH OF THE STRIKERS

Will today’s FA Cup final come down to whose striker ‘wants it more’?

Possibly not, but it’s probably fair to say that – aside from each club boasting a manager that once-upon-a-time lifted the famous trophy as a player – the one thing that Arsenal and Chelsea have in common here is a striker coming off the back of an excellent end to the season.

Pierre-Emerick Aubameyang narrowly missed out on the Premier League’s Golden Boot despite netting twice in their final day of the season win against Watford, and before that hit both goals of the Gunners’ 2-0 FA Cup semi-final win over Man City.

Meanwhile Olivier Giroud has brilliantly netted six goals across his last seven matches – including the opener in Chelsea’s semi-final win over Man United.

Aubameyang, on paper at least, is the bigger threat here having scored 11 match openers for Arsenal this term, including once against the Blues in their Prem clash back in December.

But overlook Giroud at your peril here and despite not scoring against his former employers this season, he did – rather importantly – net the opener in Chelsea’s 4-1 thrashing of their North London rivals at the very end of the last campaign in the Europa League final.

Much has changed since then of course – not least in the managerial dugout – but what’s stayed the same is that all eyes will be on these two talismanic front-men for this Wembley showpiece, and we’re backing BOTH to score here with a brilliant Dream Team-inspired Betway boost.

The sky is blue, the grass is green and the bets… are plentiful.