After ten long months, Liverpool are so, so close to the Premier League title that they can almost taste it.

Should Man City fail to beat Chelsea tonight, Jurgen Klopp’s merry men will finally be crowned champions, and worthy ones at that!

Our friends over at Betway have you covered every step of the way this evening; offering punters £30 in free bets (CLAIM HERE). 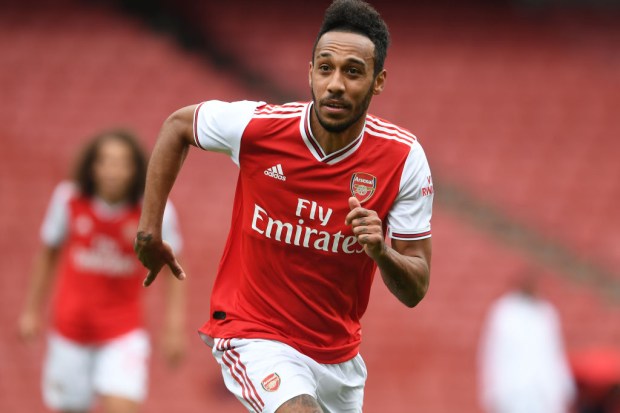 It’s all eyes on Stamford Bridge tonight as Chelsea look to decide the title, just as they did for Leicester during the ‘battle of the Bridge’ back in 2016.

Despite Pep Guardiola’s posturing about fielding a weakened team against Frank Lampard’s side, City aren’t going to go down without a fight, right?

Gabriel Jesus will lead the line for Pep’s side in the unfortunate absence of Sergio Aguero.

Betway have given Dream Team an exclusive boost tonight on Jesus to score anytime and Man City to win at a generous 3/1… tempted?

If you fancy Chelsea to do Liverpool a favour and wrap up the title for them tonight, Betway have you covered for that too!

Chelsea to win and over 2.5 goals to be scored has been boosted to a hefty 6/1.

Riyad Mahrez scored twice in City’s demolition job of Burnley on Monday night and is becoming an important part of Guardiola’s plans.

You can back Mahrez to produce another brace tonight at 12/1.

GUNNING FOR A WIN

Arsenal fans, you have our sympathy.

The Gunners have slumped to back-to-back defeats against City and Brighton since the restart and are in desperate need of a win tonight against Southampton.

It will take a brave/crazy person to bet on Mikel Arteta’s side against the Saints… so it’s a good thing we’re both, right?

Southampton certainly won’t make it easy for the Gunners though, especially with Danny Ings already up and running with a goal since the restart.

The Gunners have their own deadly hitman in the shape of Pierre-Emerick Aubameyang, who will hope to find the back of the net after firing back-to-back blanks against City and Brighton.

Ings and Aubameyang both to score anytime has been boosted to an enticing 4/1.

Nicolas Pepe opened the scoring for Arsenal against Brighton with a pretty fantastic finish from his lethal left foot.

While the Gunners failed to see out the game after Pepe’s opener, we’re backing them to finish the job against Southampton.

You can bet on Pepe to score first and Arsenal to win at a boosted 14/1.

While City are very, very unlikely to catch Liverpool to the title, they’ve taken to the season’s restart like a duck to water.

Pep’s men ran riot on Monday night with a 5-0 win against Burnley and ensured that any punters who backed the Citizens to win and over 4.5 goals to be scored were left very happy indeed!

Elsewhere, Chelsea put Aston Villa to the sword and Man United proved too strong for Sheffield United in a 3-0 win at Old Trafford.

Liverpool rounded off a good week for Premier league favourites with a comfortable 4-0 win over Crystal Palace.

Mohamed Salah and Sadio Mane got themselves on the scoresheet against the Eagles, we’d backed both to score anytime in that one… happy days!

Maybe the behind closed doors element of the games is really beginning to favour the traditional ‘big clubs’?

Saturday’s defeat to Brighton was just classic Arsenal, wasn’t it?

The Gunners took the lead in style, before conceding a sloppy goal from a set piece and then losing the game in the dying seconds.

Neal Maupay will surely haunt the dreams of Gunners’ fans for a long, long time.

We foolishly backed Arteta’s side to do the business against the Seagulls and so our weekend acca came crashing down at the very first hurdle… classic.

Leicester also failed to take all three points against Watford as they were held to a 1-1 draw at Vicarage Road.

Thankfully that one was a match that we stayed well clear of, but I’m sure the Foxes failing to get the win would have infuriated one or two punters out there!