There’s a sommer-sizzler taking place this evening with Der Klassiker, also known as the “German Clasico”, between Borussia Dortmund and Bayern Munich in a match that will go some way to determining this year’s title, you’d think?

With matches tonight and tomorrow, Betway have you covered for all your needs once again by offering punters a free £30 bet on the Bundesliga (CLAIM HERE). 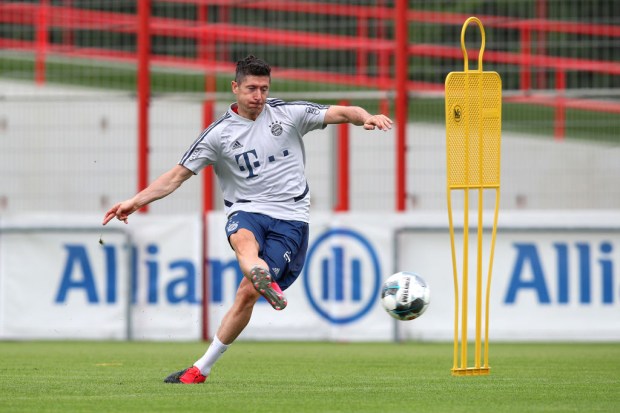 Both Dortmund and Bayern prepared for the big one this evening in style with easy wins at the weekend against Wolfsburg and Frankfurt respectively.

Raphael Guerreiro – who netted twice in the previous outing against Schalke – was on target again here while that man Lewandowski netted his 27th league goal of the campaign in Bayern’s 5-2 win.

Frankfurt proved to be easy-pickings in the end for the reigning champions and we were particularly pleased to see our tip of Bayern to win and over 2.5 goals scored coming in.

I must say, it was mildly disappointing not to see Erling Haaland OR Jadon Sancho add to Dortmund’s rout on Saturday – and I do wonder how many of you stuck a couple of quid on Haaland to net.

That aside, it was also a difficult round for accumulator-connoisseurs, with Cologne, Schalke and Freiburg failing to get the wins you’d expect.

Schalke in particular have been really poor upon the Bundesliga’s return, shipping seven goals in their last two matches without reply.