While a tumbleweed dances across the landscape of the footballing world, there’s no stopping the sands of time… or rather, the expiration date of a player’s contract.

A host of big names that play for some of the world’s biggest clubs will be out of contract in the summer whether the season resumes by then or not.

Where will they end up next season? While nobodies plans have been set in stone just yet, we reckon we can predict – or at least fantasise – where some of these famous faces might just end up.

12 months after saying a fond farewell to long-time captain and defensive rock Vincent Kompany, Man City are set to lose another figurehead of their big-money revolution in David Silva.

City’s Merlin-esque midfield magician was bought from Valencia in 2010, with City fighting off the likes of Chelsea and Real Madrid at the time to make him the centrepiece of their ambitions.

Now, 10 years on, the romantics among us long to see him return to his boyhood club and sit alongside Dani Parejo in Los Ches’ midfield.

The running theme at Spurs – especially this season under Jose Mourinho – is that the club desperately needs a back-up striker.

Harry Kane’s yearly stint in the treatment room seems to come like clockwork, and leaves the heavy-burden of scoring match-winning goals on Son Heung-min, Dele Alli and Lucas Moura, as well as previous back-ups like Vincent Janssen and Fernando Llorente.

Spurs should be looking to do all they can to tempt someone like Dries Mertens to North London.

The Napoli forward will be 33 in May but is a proven goal scorer, having netted 12 times this season and totalling 19 last year, and will likely accept his place as a back-up option at a club that already has a strong Belgian contingent.

He’s hinted in the past that he’d like to play in England before hanging up his boots, and quite frankly we’d love to see him in the Premier League.

Barca have been chasing Willian for years and famously offered Chelsea £50 million for him in 2018.

But this summer he could be completely free, with the cultured midfielder unlikely to be offered a contract extension with the Blues – who are renowned for refusing to renew the contracts of their ageing stars, no matter who they are.

The Catalan giants could certainly use someone like Willian, who – despite what your Chelsea-supporting mates will tell you – is still a very good player and could certainly fill a gap or two at the Nou Camp thanks to his versatility.

Recent injury problems for Ousmane Dembele, the departures of Philippe Coutinho and Malcom, and the inexperience of Ansu Fati would see him get plenty of game-time with La Liga’s dominant side, and this really is his last chance to secure one final big move.

Believe it or not, but Mario Gotze is still only 27 – which means he should be at the very peak of his powers.

Unfortunately that’s not really the way things have gone for Germany’s 2014 World Cup hero, especially after he was diagnosed with a muscular disorder called myopathy in 2016.

He eventually returned to action in the middle of 2017 but he has found it difficult to cement his place in Dortmund’s squad this season; starting just a handful of games amidst the rise of talents like Jadon Sancho, Thorgan Hazard and Giovanni Reyna.

Hertha’s our pick of the teams linked with the German and it might be the ideal place for him, as the Bundesliga big-spenders are a club on the rise and would not only guaranteed him a starting place in team, but would likely build their squad around him. 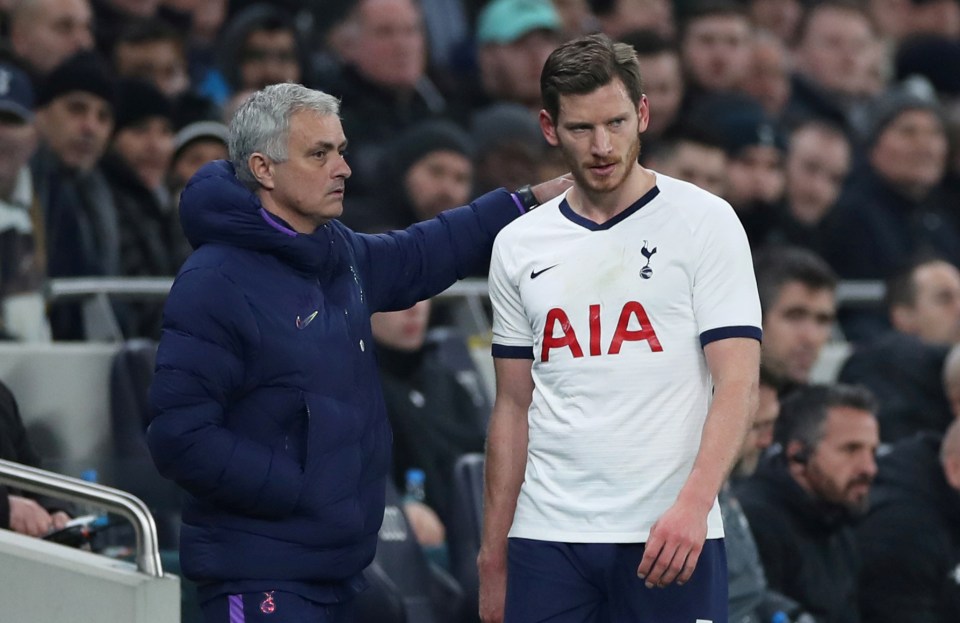 Inter has become a rest home for Premier League castaways ever since Antonio Conte took over last year, with big names like Romelu Lukaku and Christian Eriksen joined by Ashley Young and Victor Moses.

We envision Jan Vertonghen joining his former Spurs teammate Eriksen there in the summer too, especially as Inter may be looking for defensive recruits.

Milan Skriniar is reportedly a target for Man City while Diego Godin is seemingly seeking an early exit, just a year after joining the club from Atletico Madrid.

Vertonghen would fit in seamlessly at Inter and could help them finally topple perceptual Serie A champions Juventus. 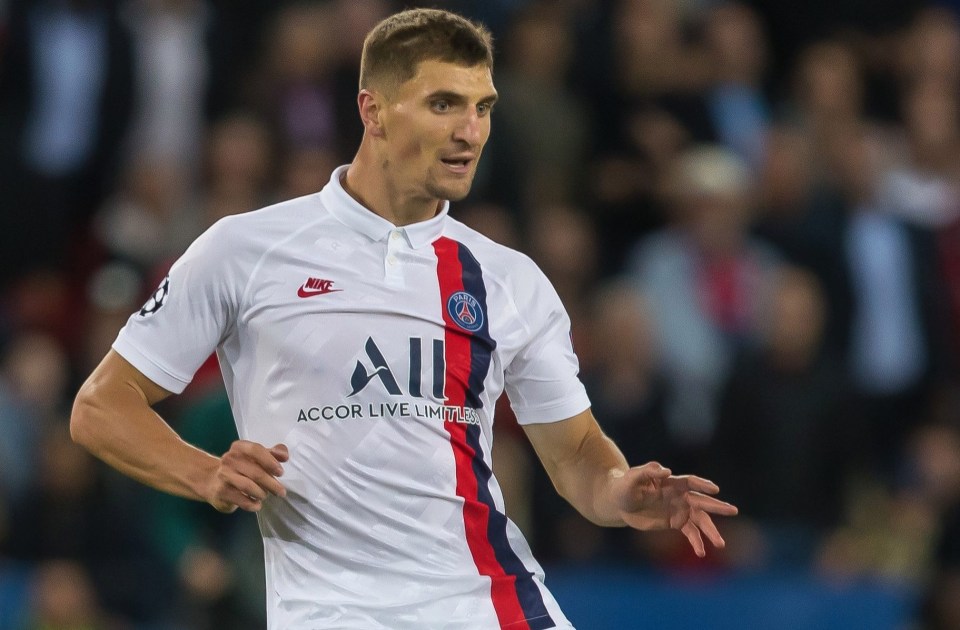 Anyone got a spare right-back?

Spurs have been making do with Serge Aurier and Japhet Tanganga this season but will need to address the problematic position in the summer if they want to compete among the Prem’s very best.

Mourinho should be looking at PSG’s Thomas Meunier, who’s fallen out of favour at the Parc de Princes and is seeking a summer move when his contract runs out.

Meunier’s attacking credentials are similar to the club’s previous right-backs Kyle Walker and Kieran Trippier, while he’s yet another Belgian who’d probably feel right at home at the Tottenham Stadium. 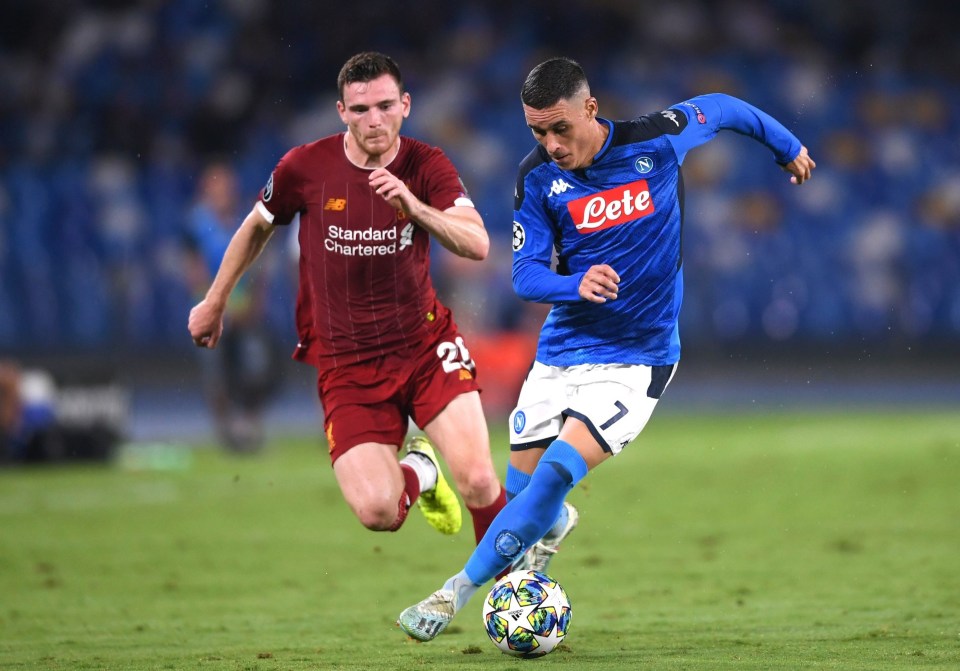 A host of Carlo Ancelotti’s former favourites have been linked with Everton since the Italian took the reins at Goodison Park, but perhaps the most likely mover is Jose Callejon.

The Spaniard was a favourite of his at Napoli and while he wasn’t the most prolific goal scorer for the Neapolitans, he has been one of their most consistent players in recent years.

Natural on the right-wing, the former Real Madrid academy graduate would provide competition for Theo Walcott and Alex Iwobi, with Richarlison mostly playing as a partner to Dominic Calvert-Lewin in attack these days.

Talented, experienced and a proven leader, he’d add plenty of quality and versatility to the team, while his age – he’s now 33 – might put off other, more attractive clubs.

Olivier Giroud was heavily linked with ‘the other Inter’ back in January, with the handsome Chelsea forward seemingly on his way to Milan.

But as that deal fell through, perhaps the France striker will be tempted with an ambitious trip to Miami instead?

David Beckham’s MLS newcomers will be eyeing a recognisable and marketable name, although a move to America would severely damage any plans he has to play for France at next summer’s European Championships.