LIVERPOOL’S remarkable season marches on – so could they now go onto win the treble?

The Reds’ kids proved they’re a match for the first-team players with a brilliant win over Shrewsbury in the FA Cup on Tuesday night.

That booked Liverpool’s place in the fifth round of the competition and ensures they remain fighting on three fronts this season.

And their odds on winning the treble have been slashed.

Betway, who have already paid out on the Reds winning the Premier League, have them at 14/1 to win Champions League and FA Cup this season as well as their first league title in 30 years.

Get that brilliant offer here.

Betway have Liverpool as second favourites for both the Champions League and FA Cup this season, behind Man City on both occasions. 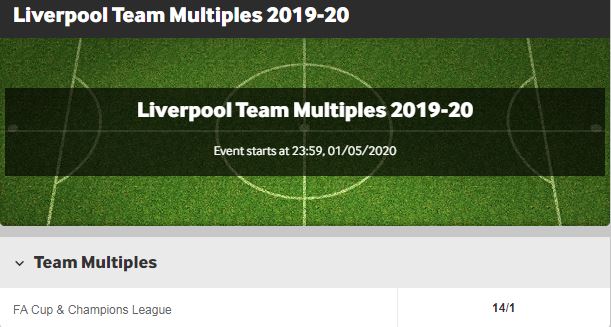 But given there’s 22 points separating them in the Premier League, we feel that offer is too enticing to ignore.

After Man United won the treble back in 1999, Liverpool would love to match their great rivals with a season to remember forever.

The Reds could wrap up the title as early as mid-March, play Atletico Madrid in the Champions League last 16 and go to Chelsea in the next round of the FA Cup.

You wouldn’t want to bet against them.