Be honest… you had no idea there was some Barclays tonight, tomorrow and Thursday.

Not that we’re complaining or anything. Keep it coming, lads!

And tonight you can feasibly squeeze in an extra 45 minutes of viewing entertainment (if you can keep the TV remote away from the naysayers).

That’s because the early games kick off at 7.30pm all before the big one at the Bridge – Chelsea vs Arsenal – at 8.15pm. God bless you, handsome schedulers.

FREE £30 BET ON THE ACTION TONIGHT? OH GO ON THEN 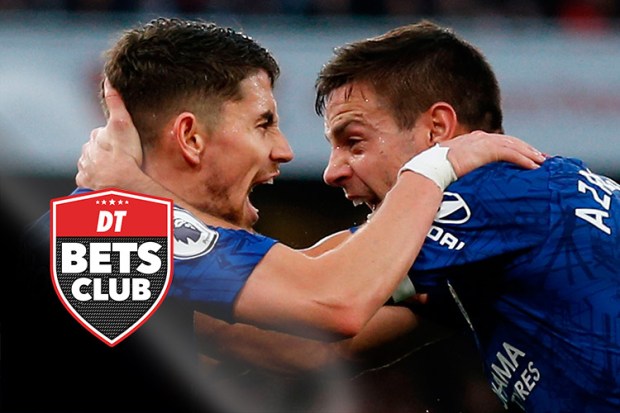 Chelsea and Arsenal have produced some fireworks in the past and their reverse fixture was no different.

The Blues pulled off the ultimate smash-and-grab at the Emirates, scoring twice late on to snatch a 2-1 victory.

Tammy Abraham was the match winner that day and we fancy him to do the damage tonight given he laps it up against the lesser sides. That’s what Arsenal are these days, in case you hadn’t clocked that yet.

Here’s what stoked our fires from Betway tonight:

First things first we need to acknowledge a legend that walks among us.

It would be wrong to call them ‘lucky’ because this punter pulled this trick off not once, but twice, winning two of Betway’s 4toscore competition this season to bag themselves a pretty handy £325k.

For more information about that Liquid Betting™, including who they backed, see here.

Back amongst us mere mortals we’re taking a trip down to League One, where eight of the top nine all won at the weekend after a run of terrible results from the leading sides.

Wycombe, Ipswich and Oxford had all been in dire straits despite previously gunning for the title, so it was nice for some semblance of normality to resume.

A case of close but no cigar for us over the weekend, where we predicted six or more draws from the 10 Premier League fixtures.

It was all looking so rosy by 5pm when we had already secured FIVE stalemates, but we were denied a thronking winner by five victories across the rest of the weekend.

That doesn’t make us villains though, more chancers if anything.

The real cowards were Leeds and West Brom – the Championship’s apparent ‘top two’ – who have well and truly begun their annual bottle jobs.

They both succumbed 1-0 at QPR and Stoke respectively and have managed just one win apiece since the start of December. What gives, chaps?

They just haven’t got the memo this season, going down 2-1 at Swansea on Saturday which meant our hopes were dashed for another week at least.

Their next venture is at home to Sheffield Wednesday next Tuesday, which could be the jackpot, or could not be. Probably the latter.

Here’s what we’ve got from tonight and tomorrow night’s action: