BEEEETS CLUBBBB, AIN’T NO PARTY LIKE A BETS CLUB PARTY.

Anyone for a midweek Manchester derby? Yes please.

How does the old adage go? You wait ages for a domestic cup competition and then two come along in three days. Yeah, something like that…

It’s United against City in their Carabao Cup semi-final first leg tonight at Old Trafford and we fancy a cracker.

FREE £30 BET ON THE MANCHESTER DERBY? OH GO ON THEN 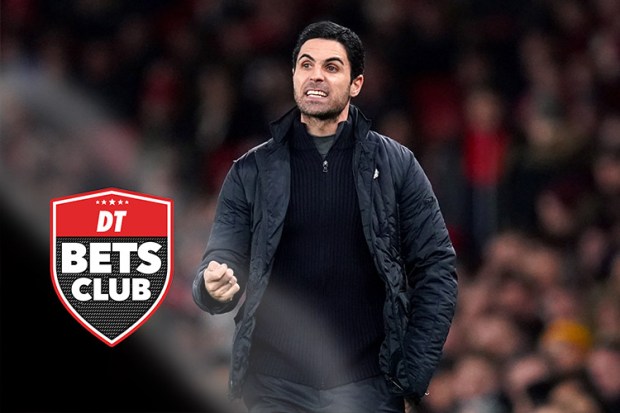 United nabbed the bragging rights before Christmas with a 2-1 win at the Etihad; a result that stuck a dagger in City’s already dwindling title hopes.

And you know who loves this fixture? Marcus Rashford.

Rashford has scored three times against City in seven appearances and bagged in that 2-1 win a month ago.

Remember nothing will be settled tonight as there’s still a second leg to come in a fortnight, but one side can put one foot in the final with a decent cushion.

Betway, fire up your best markets!

You may or may not have seen it, but there was quite a lot of fuss made about Port Vale striker Tom Pope prior to their FA Cup showdown with Man City on Saturday night.

Pope, now famously, slagged off John Stones on Twitter in the summer, saying he’d score 40 goals a season against him and later that he’d ‘wear him like a johnny’. Bit weird mate, but here’s the tweet:

Just watched the highlights of the England game! I know I’m a league 2 player, I know he plays for England, I know he’s on £150k a week, I know he’s a million times better player than me but I’d love to play against John Stones every week! I’d get 40 a season! #soft #weakaspiss

Anyway if you believe in narratives there could really only be one outcome from the clash at the Etihad, even if Vale are wallowing in League Two mid table mediocrity.

Did he score? Is the Pope catholic? Of course he did, and understandably went wild.

Anyone who backed him to get one over Stones will have been laughing all the way to the bank.

At least three team members came in Monday morning complaining about how much money the Hornets had cost them on Saturday.

Three goals to the good after just half an hour against League Two Tranmere and somehow they contrived to throw it all away.

Big Nigey Pearson will have been calling them all ostriches in the dressing room afterwards.

In a third round generally devoid of major cupsets, Watford still managed to snatch a draw from the jaws of victory.

Not much to see here.

Even Leicester’s reserves are pretty handy so there was no shame in going down 2-0 at the King Power on Saturday.

The Tics have got bigger fish to fry in terms of securing their Championship status, especially with a very inconsistent Bristol City side to visit this weekend.

My 2020 vision tells me we’re going to start this year with a BIG comeback victory for Paul Cook’s merry men.