Let’s try and spark some joy out of this international break, shall we?

Well the first positive thing to note is it’s the last one we have to endure until March.

Then, once the Premier League returns next weekend, we’re full steam ahead into the congested Christmas period. Possibly the only time the word ‘congested’ has pleasing connotations. 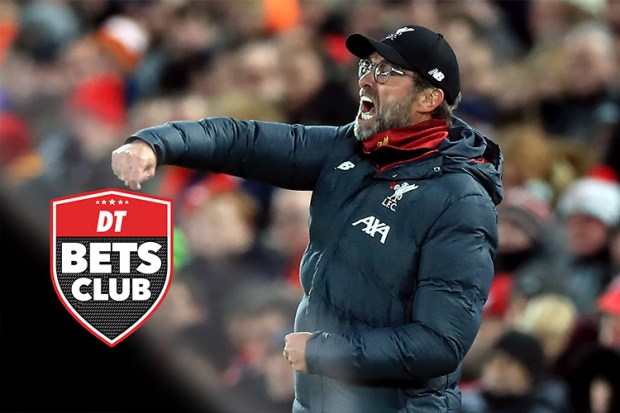 The weekend was an unmitigated disaster for the Bets Club team, with none of our three accas coming in. Zero. Zilch. Nada.

Yours truly even cashed out for £4.50 on an over 2.5 goals acca, only to experience the horror of it eventually – and inevitably – coming in. Sod’s law.

But let’s get back tonight and a Raheem Sterling-less England.

They made us wait until the final quarter, but Leicester finally delivered the goods against a feeble Arsenal side last Saturday.

The Foxes were still as long as 6/5 with some bookies to make it another Bad Ebening for Unai Emery and co.

And anyone who had Jamie Vardy to score first and Leicester to win (around 6/1), well that, ladies and gentlemen, is Liquid Betting™.

As for tonight’s proceedings, Sterling’s absence points to a Kane cracker in England’s 1000th game.

To mark the occasion we’re counting on Kane scoring A LOT of goals – maybe not quite a thousand of them – against pretty abject opposition.

The Spurs hitman scored in the reverse fixture, a 5-1 win back in March, while he went home with the match ball the last time England played at Wembley.

Betway will give you a free tenner if he scores tonight, while Kane bagging first in a 4-0 win also piques our interest.

Where bets really do go to die.

Aside from that senseless premature cash out on Saturday, north London supplied the villains last weekend.

Don’t get sucked into the impression Spurs are actually any good, even if they’re playing at home to a promoted side.

That doesn’t really do Sheffield United enough justice, with the Blades proving week after week they’re more than capable of rubbing shoulders with the big boys.

But even then Spurs were expected to get the better of Chris Wilder’s side and very much still the pre-match favourites with most bookies.

Instead they huffed and puffed to a point on the soggiest day of the season, duly busting accas up and down the country.

It could have been even worse for Spurs if John Lundstram had slightly smaller feet.

This is the bit where we update you lot on the trials and tribulations of backing Wigan to win after trailing at half time every weekend. It’s not weird, alright?

There goes another fiver I may as well have just chucked into the Thames.

At least Wigan got the first bit right against Brentford last Saturday, going into the break 1-0 down.

But we were naive to think that would spark a momentous comeback.

Instead they proceeded to concede two more AND a get a man sent off on an ugly day for The Tics.

They go – and we go – again next weekend at relegation rivals Stoke.

By the way if tennis is your thing, we’re £56 up so far this week at the ATP Finals.

It’s amazing the success you can have when VAR isn’t around to spoil the party.