It worked out better for some than others.

Cristiano Ronaldo’s transfer from Real Madrid to Juventus could well signal a shift of the very best players moving to Serie A.

Having dominated La Liga for almost a decade, football’s most modest man wants to try his best to make defenders look silly in Italy.

Ronaldo wasn’t the first and he certainly won’t be the last to depart the Spanish capital for pastures new in Italy.

He follows in the footsteps of several trailblazers who made the move before him.

Now, how many of those moves were actually for the better?

For the sake of my sanity and also your own, only players who made the transfer from the turn of the millennium are included.

Loan moves, unless made permanent, don’t count. Here’s looking at you, Fernando Gago and Antonio Cassano.

Players who Madrid previously sold and bought back, before then moving onto Serie A also don’t make the cut. CC: Diego Lopez.

Cambiasso made the move to Inter in 2004 after his contract with Los Blancos expired.

Making over 430 appearances and picking himself up 15 major honours, including one Champions League, I guess you could say his spell in Italy was a success.

Following in the footsteps of his countryman Cambiasso, Samuel joined Inter in the hope of regular first-team football.

The Argentine got exactly what he was looking for, turning out just shy of 300 times for Inter.

The no-nonsense centre-back went onto pick up 13 honours during his spell in Italy. A very underrated player.

Having already p*ssed off the entire Barcelona fanbase, Figo knew he had achieved all he could with Madrid by 2005.

The Portuguese wizard made the move to Inter after his contract expired, going onto become an ever-present, making over 140 appearances.

Four Serie A titles and and three domestic cups isn’t a bad return for someone who once had a Pig’s head launched at him.

Cicinho proved to be a solid addition for Roma after falling out of favour at the Bernabeu.

The marauding right-back went onto make just shy of 100 appearances for the club, winning the Coppa Italia in 2008.

The Brazilian was always a player who’s impact went under the radar.

One of the silkiest players of his generation, Sneijder continued to impress following his move to Italy.

The Dutchman became a key figure in the heart of Inter’s midfield. He teased Man United fans by flirting with a transfer for so long. If only.

Sneijder picked up numerous honours with the Milan club, including the Champions League in 2010. 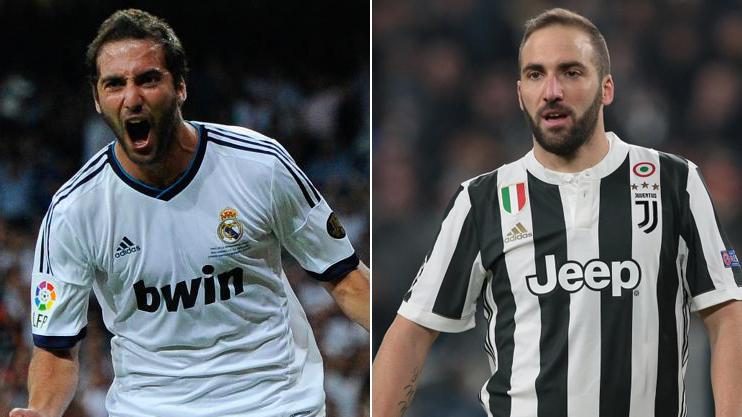 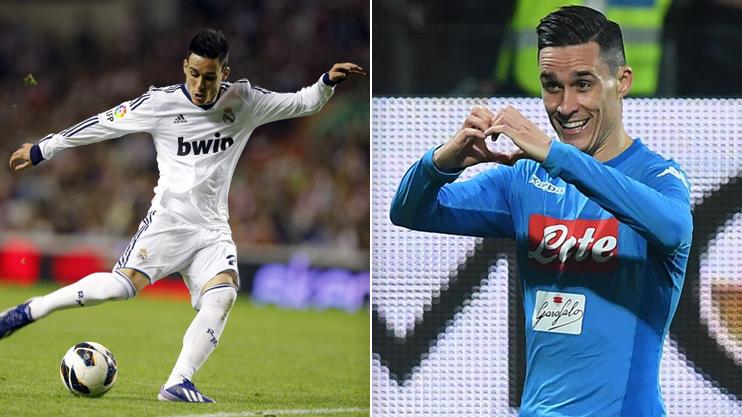 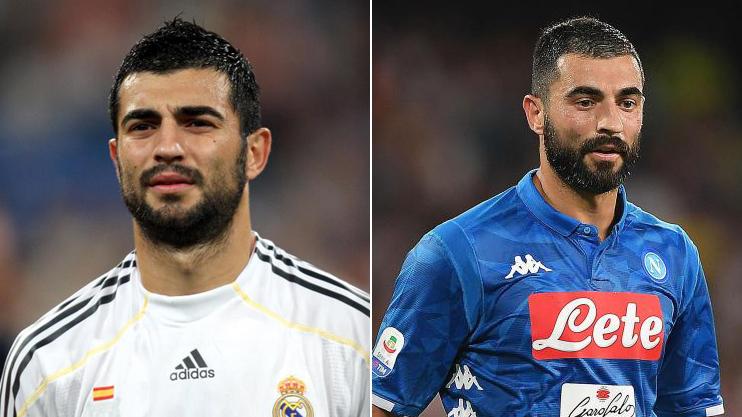 Higuain, Callejon and Albiol all departed Los Blancos in the same summer to join Napoli.

The trio’s spells in Serie A have to be considered successful ones, and with the exception of Higuain, are all still with the Naples club today.

Until the Argentine forward joined AC Milan this summer, the former Madrid men had picked up two honours alongside each other.

The trio are however still yet to get their hands on an illusive Serie A title.

Having found his first-team opportunities limited at the Bernabeu, Morata made the move to Juventus in 2014.

The Spaniard’s arrival was followed by two Serie A titles and three domestic cups for the club, along with a modest 27 goals in 93 appearances.

Madrid poached Morata back after exercising a clause in his contract, before they promptly shipped him off to Chelsea for £60million.

He’s so far flattered to deceive with the Blues, but he was becoming some player in Turin.

Madrid missed a trick by allowing Khedira to walk away on a free 2015.

The German was snapped up by Juventus after his contract expired, and has since gone on to pick up three Serie A titles and three domestic cups.

Los Blancos however haven’t fared too badly without him, finding a more than capable replacement in Casemiro.

Solari was a stalwart figure in Madrid’s midfield during the early 2000s. A proper throwback player.

The Argentine struggled to replicate his form following his move to Inter, failing to make any impression during his three-year stint.

He can now be found managing Real Madrid Castilla.

Obviously Ronaldo was never going to reach the highs he achieved in Madrid, we get that.

His one-year long spell with AC was marred by injuries and a lack of match fitness.

It was a shame to see a legend slowly fading before our eyes.

Ronaldo only managed seven goals in 20 appearances. He wore the No99 in Italy, a sign that it was never going to end well.

Real snapped up Emerson from Juventus following the Turin club’s relegation to Serie B.

Much was expected of the Brazilian metronome, but he failed to deliver in Spain and so was shipped off to AC.

Things failed to get any better for Emerson, with injuries and inconsistency eventually seeing his contract with the Milan club terminated.

Baptista had struggled to settle wherever he called his home, which included an underwhelming loan with Arsenal.

The Brazilian joined Roma, and, with the exception of brief moments of quality, he flattered to deceive with the capital club.

Baptista was heavily criticised following his side’s elimination from the Champions League in 2010.

The powerful striker missed several clear chances in the quarter-final defeat to his old club Arsenal.

Having already p*ssed off Juventus fans by jumping ship in 2006, Cannavaro’s return was also going to be a controversial one.

The centre-back rejoined the Turin club after his contract with Los Blancos expired.

The former Italian wall endured a nightmare season, concluding with a game-changing sending off in the Europa League round-of-16 defeat to Fulham.

Juventus went onto finish seventh in Serie A and unsurprisingly, Cannavaro wasn’t given a new deal.

Almost every top club in Europe was chancing Huntelaar after his goal-scoring antics with Ajax.

Real snapped up the Dutchman who subsequently failed to impress and was shipped off to AC after just half a season.

He fared no better in Italy, scoring just seven goals in 30 appearances.

The Dutchman fell behind a veteran Filippo Inzaghi in the pecking order and moved on to Bundesliga side Schalke.

Kaka’s return to Milan was nothing more than a sentimental move.

The Brazilian had struggled with injuries and a lack of form since joining Madrid in 2009.

Sadly, his woes continued upon his return to Serie A, with a lengthy injury ruling him out for much of his one season at the club.

He did nobly refuse to accept any wages whilst he was injured. GOAT behaviour.

Juventus’ latest La Liga import is still hunting for his first goal for the club.

Three games, no goals and just one assist isn’t the sort of return you often associate with such a talent.

READ MORE FROM THE WEIRD AND WONDERFUL WORLD OF DREAM TEAM: