Think of Santos and two players instantly come to mind: Pele and Neymar.

You might, at a push, think of Robinho, which is a neat segue into Santos’ latest academy star.

Elano had taken over as interim manager following the dismissal of Levir Culpi and wasted little time in calling Rodrygo up to the senior squad.

This was back in November.

Less than 12 months later he’s a Real Madrid player-in-waiting having agreed a deal to move to the Bernabeu in June 2019.

Despite the transfer fee being similar to the one that saw Vinicius Junior swap Flamengo for Madrid, Rodrygo’s move has gone slightly under the radar outside of Brazil and Spain.

The forward’s first steps in Santos’ first-team were taken in a 3-1 Serie A win against Atletico Mineiro at the age of 16.

It was fitting that Robinho, who himself came through the Santos academy as a teenager before moving to Madrid, was on the opposite side.

A first goal followed two months later, against Ponte Preta. With the score locked at 1-1 Rodrygo popped up with a last minute winner to increase the hype.

Rodrygo made his Copa Libertadores bow at the age of 17 years and 50 days, making him the youngest Santos player to do so.

Fifteen days later he broke another record when he scored against Nacional in the same competition, becoming the youngest Brazilian to score in the Copa Libertadores.

For context, James Rodriguez and Gabriel Jesus were both 18 when they scored their first goal in South America’s biggest tournament while Neymar was 19.

Exactly one year earlier Rodrygo had earned his first bit of international recognition when he was called up to Brazil’s Under-17 squad for the Montaigu Tournament.

Brazil lost out to Portugal but Rodrygo starred, scoring against Denmark, Cameroon and USA.

Three months after his Copa Libertadores debut Rodrygo was signed by Madrid.

The La Liga giants will pay a reported €45million for his services, although Rodrygo will stay at Santos through to June 2019 to allow his to continue his development.

But Madrid fans might not have to wait that long to see what all the fuss is about.

Rodrygo, along with Vinicius Jr, is rumoured to be part of Brazil coach Tite’s plans for the upcoming friendlies against USA and El Salvador.

You can’t pick Rodrygo in fantasy football yet, but you can pick Man United’s latest Brazilian star.

Does he make you side for the season? Pick your team here. 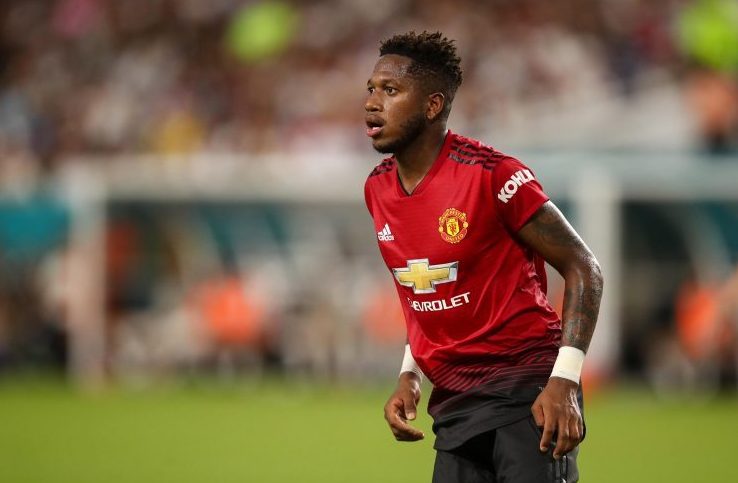