ARSENAL and Manchester City are to try to hijack Andres Iniesta’s move to China, reports claim.

The Barcelona midfielder, 33, rolled back the years to produce a vintage display in the 5-0 Copa del Rey thrashing of Sevilla at the weekend. 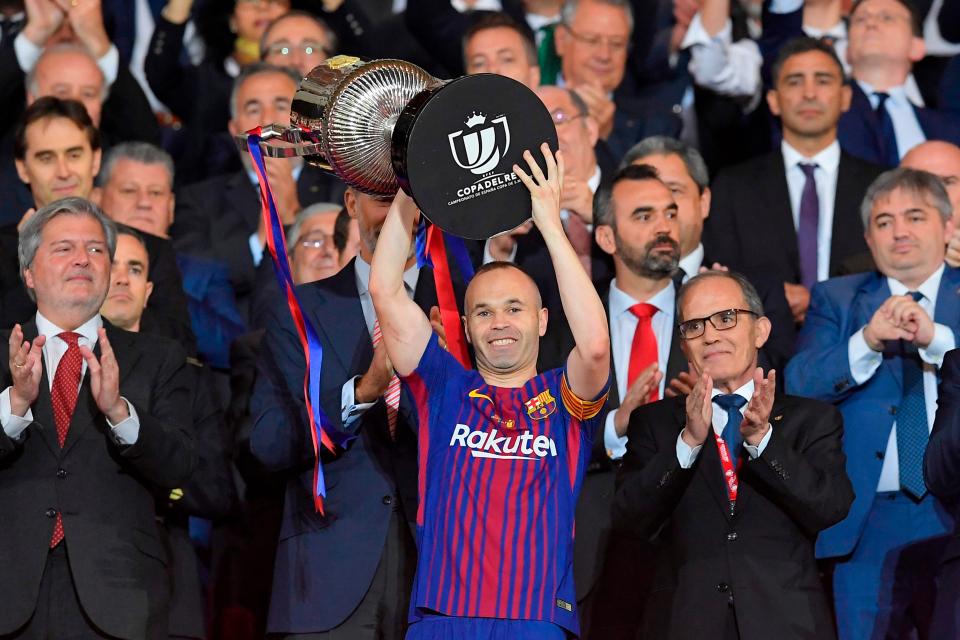 Iniesta, who helped Barca win the Copa del Rey at the weekend, has been tipped to leave the Nou Camp for the Chinese Super League this summer[/caption]

Manchester City boss Pep Guardiola was in charge of Barcelona’s golden period between 2008 and 2012.

And it is claimed that the Etihad chief would love to work with Iniesta again in England and will do everything possible to try to convince him to join his champions.

It is hoped the lure of continuing to play at the highest level plus the prospect of a reunion with Pep could prove too strong.

But Luis Enrique is the red-hot favourite to replace Arsene Wenger at Arsenal.

And the ex-Barca chief is also hoping to be able to persuade Iniesta to move to the English capital.

Many believe that the 125-capped Spanish legend has already signed an agreement for a switch to the Chinese Super League.

It has been a rumour that has circulated for over a year.

But the lack of a public announcement from Asia or the player himself suggests that there is still a possibility of other suitors launching a late bid.