This evening’s Champions League quarter-final clash between Liverpool and Man City is one we’re very excited about.

Undoubtedly the two most exciting teams in the Premier League this season, they’ve already played out the game of the year so far with that stunning 4-3 at Anfield back in January which saw City succumb to their first defeat of the campaign.

So we know this one’s certainly got goals in it, with both City and Liverpool scoring the most Premier League goals this season, while the Reds have netted more than anyone else in this year’s Champions League.

What’s more, the last six head-to-head games have yielded 23 goals, 22 yellow cards and 1 red – so we’re certainly looking at drama across the field.

We're in for a treat tonight… Are you ready?

Mohamed Salah is undoubtedly the name on everyone’s lips, having blown us all away with his goal-scoring form this season.

The Egyptian will be the danger man for Jurgen Klopp’s side, although Roberto Firmino and Sadio Mane are pretty handy in front of goal too.

And with City set to be missing Sergio Aguero – who’s said to be nursing a knee injury – the goal-scoring burden for Pep Guardiola’s side lies with Gabriel Jesus, Leroy Sane, David Silva and former Reds favourite Raheem Sterling.

And we think this evening is the perfect opportunity for Sterling to show his ex-employers what they’re missing.

Overall, we’ve seen the very best of the winger this season – with 20 goals across the Premier League and Champions League so far, making him City’s second-best goal-getter behind Aguero.

But against Liverpool, he always had a bit of a stinker.

He was once the ‘golden boy’ at Anfield, but has become a bit of a villain since his big-money move to City in the summer of 2015.

Feverishly booed by Liverpool supporters whenever he’s on the ball, he’s remarkably only been on the winning side once in this fixture – in the 2016 League Cup final (and even that was thanks to penalties).

Since then, he’s been on the receiving end of four defeats against the Reds, with three of them coming at Anfield.

And we think he’s more than had enough of this hoodoo.

Why Sterling could break his Liverpool hoodoo 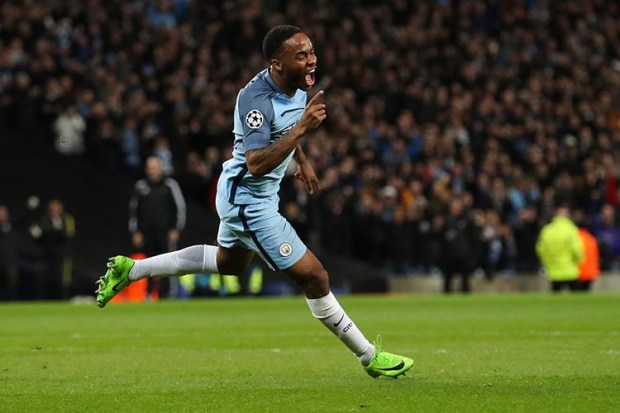 In the Champions League this season, he’s rubbing shoulders with the finest goal-scorers in Europe with four so far, while he’s going into this one having netted just 400 metres away at Goodison Park at the weekend in City’s 3-1 victory over Everton.

The big question is whether Guardiola risks Sterling on the right-wing up against Liverpool’s Andy Robertson, after the Scotsman’s stellar performance against him in January.

The gaffer might be tempted to use Sterling more centrally in the ‘false-nine’ position, like he did in the win over United at Old Trafford in December – when Aguero was omitted from the side.

Either way, we might finally see a change of fortune for the 23-year-old in what is undoubtedly the biggest test of his club career so far.