The La Liga side have faded in recent months following a strong start to the season, with new manager Vincenzo Montella an increasingly divisive appointment after failing to impress in Italy.

But Jose Mourinho and his Red Devils can’t rest on their laurels.

The 0-0 first leg draw in southern Spain leaves United in a very precarious position – concede and they need to win the game.

And scoring goals is something Sevilla are very good at.

The 2-0 defeat to Valencia at the weekend and that first leg stalemate aside, the Spaniards had scored in 18 successive games in all competitions stretching back to mid-December.

And their danger man tonight could be a striker who has strangely fallen out of favour with Montella.

Wissam Ben Yedder has scored 17 goals in all competitions this season and was, for a while, putting himself firmly in France’s World Cup picture.

The nimble forward has six Champions League goals – including three against Liverpool – this season too; a total only bettered by Cristiano Ronaldo, Harry Kane, Edinson Cavani and Roberto Firmino. 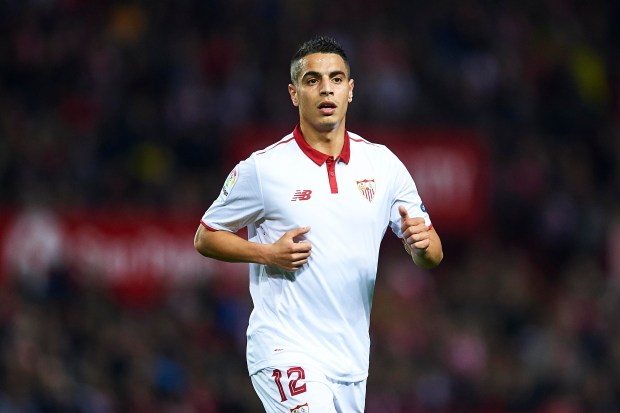 But Ben Yedder has seen his game time reduced since Montella’s arrival, coming off the bench in half of Sevilla’s last six games.

If Sevilla require a single away goal to upset the odds though Ben Yedder could be their most useful asset, particularly as a second-half substitute.

He averages a goal every 128 minutes in all competitions but every 81 minutes in the Champions League, making him one of Europe’s most underrated finishers.

Could Ben Yedder be the man to make Mourinho’s negative approach in the first leg come back to haunt him?