There’s not an awful lot of things Lionel Messi can’t do on a football pitch, is there?

But for some reason, one way or the other, he’s never managed to score a goal against Chelsea, drawing a blank in their previous EIGHT Champions League clashes.

That’s pretty spooky, when you think about it.

Especially when you consider Messi has netted 97 times in the Champions League, with only Cristiano Ronaldo (116) ahead of him in the all-time tally.

Among those, he’s notched plenty of times against both Manchester clubs and a barrel-load against Arsenal, but he’s never done the business against the Blues.

After all, he’s come close, hitting the post three times in those eight games – including that infamous penalty miss back in 2012.

And it’s not like he hasn’t enjoyed himself against the London club in the past, having only lost twice against them.

He also famously assisted Andres Iniesta for his goal at Stamford Bridge back in 2009, which remains one of the Blues most traumatic experiences in the competition.

What’s more, Messi is currently enjoying some of best form of his career this season, having scored 27 times in all competitions so far and currently leads goal chart in La Liga.

Even though he hasn’t scored in his last five games, he was involved in both goals in Saturday’s 2-0 win at Eibar and overall has been the linchpin in Barca’s incredible record of losing just once in 38 matches this season – when they fell to Real Madrid in the Spanish Super Cup way back in August.

Why Lionel Messi will finally break his Chelsea goal duck 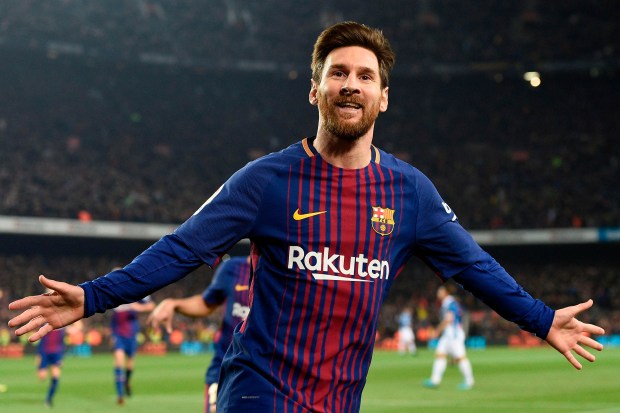 They currently have a lovely seven-point gap over Atletico Madrid at the top of La Liga, and they’ve already booked their place in the final of the Copa del Rey.

All-in-all, Messi has shown vast amounts of maturity since he last faced Chelsea in 2012.

He’s been crucial to the side’s transition under Ernesto Valverde this season and has become the club’s undisputed leader following the departures of the likes of Carles Puyol and Xavi in recent years.

Also, the departure of Neymar to Paris Saint-Germain over the summer has only pushed Messi closer to fellow forward Luis Suarez, with the pair regularly assisting one another this season and more-than making up for the Brazilian’s absence.

Together, they have enough experience and pedigree to unlock Antonio Conte’s side, who will surely he shaking in their boots at the prospect of going up against the duo.

So, will tonight be Messi’s night? Will he finally break his infamous Chelsea goal curse?