World Cup year? These are the players that may be too TIRED to play this June.

Every footballer with any ounce of passion for their country wants to play in the World Cup, and so they will be desperate to play as much club football as possible to prove their fitness and form, but can they be playing too much?

These are the 14 players that have played all 2,340 minutes for their clubs in the Premier League this season.

Having not really impressed since signing from Chelsea, Asmir Begovic has still been ever-present between the sticks for Bournemouth this season.

And since Bosnia have not qualified for the World Cup, Begovic’s mind will be fully focused on trying to keep the Cherries in the Premier League.

Arsenal may well be very inconsistent this season, but Hector Bellerin has consistently been involved and will be hoping the Gunners make the top four this year.

Bellerin certainly needs all the game time he can get for Arsenal as he doesn’t seem to feature in Julen Lopetegui’s plans, with Chelsea’s Cesar Azpilicueta and Real Madrid’s Dani Carvajal currently occupying the right back roles in Spanish squad.

Even being part of a high flying Burnley side this season probably won’t be good enough for Jack Cork to make the plane for England this summer, with the former England U19 captain only making one substitute appearance for the senior team. 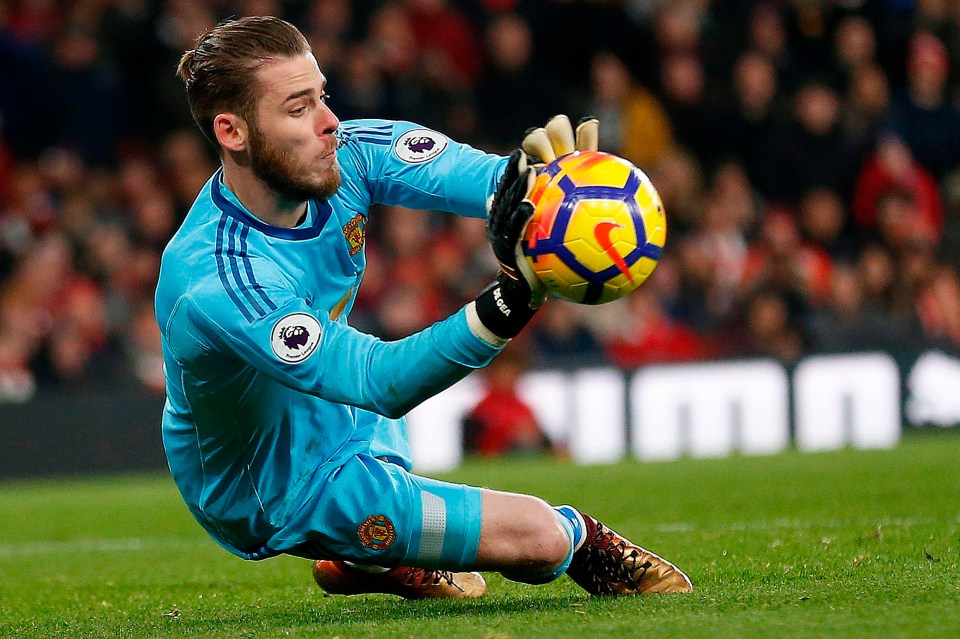 David De Gea is the rock in Jose Mourinho’s United team and the 27-year-old is a certainty to go to Russia this June with the stopper playing in almost every single World Cup qualifying match.
De Gea has pulled off some memorable displays for the Red Devils this season and none more so than during his record breaking performance against Arsenal.

Lewis Dunk’s main objective this year is to keep Brighton in the Premier League with the centre-half standing no chance of a call up to Gareth Southgate’s side after only receiving one call up in his career, which was back in 2011 for England’s U21 side.

With Swansea in the middle of a relegation dogfight, Lukasz Fabianski needs to make sure he continues the strong season he has had up to this point.

He is also another certainty to be in Russia this summer, but can he fend off former Arsenal team mate, Wojciech Szczesny, for the number one jersey? Certainly keeping Swansea in the Premier League would help.

Zanka has been the rock holding Huddersfield’s defence in place this season and he has been called up to almost every single one of the Denmark’s squads since Euro 2016.

Although he’s has only featured for the national side twice, continued game time in David Wagner’s side and securing his teams Premier League status for another year can only help Zanka’s case.

Harry Maguire is one of six centre backs looking to make it into Gareth Southgate’s starting 11 this summer, but could too many minutes on the pitch for Leicester this season hinder his chances?

Alfie Mawson has been central to everything good about Swansea this season, well defensively at least.

But if the Welsh side are to keep their Premier League status next season then Mawson will have to keep up his good form.

Jonas Lossl has kept seven clean sheets so far this season but he will need to improve on that stat if he is to save Huddersfield from relegation as they are currently lying 19th.

The Danish stopper is up against Bournemouth this Sunday in what can only be described as a must-win.

Jordan Pickford, like Everton, has had an inconsistent season so far but one thing that hasn’t been inconsistent is the amount of time on the pitch the stopper has had.

With Joe Hart benched at West Ham, and no confirmed number one spot in the England team as of yet, the 23-year-old will no doubt have one eye on the World Cup this summer.

Mat Ryan is a pivotal part of Chris Hughton’s side this season and has currently notched up eight clean sheets, and if Brighton are stay up, Ryan will be a key figure.

Kasper Schmeichel, who was part of Leicester’s Premier League triumph, has struggled for much of this season.

But with Leicester unlikely to get relegated, and unlikely to get into the Europa League, the Danish stopper will have one eye on his pre-World Cup form over the next few months.

Yet another Brighton player to have played every minute of Premier League football this season.

If Brighton keep their Premier League status next season then Houghton will have shown that consistency in the starting 11 pays off.

READ MORE:
QUIZ: Can you name Man City’s 10 most expensive signings?
QUIZ: Can you remember the scoreline in these iconic matches?