Paul Pogba could face further action after the Manchester United star’s red card against Arsenal for sarcastically clapping the decision, according to reports.

After Andre Marriner sent the midfielder off for a stamp on Gunners defender Hector Bellerin, he broke out into a round of applause.

As the Frenchman walked from the stricken Spain defender to the tunnel he furiously slapped his hands together in fury at his decision.

Do you need to transfer Pogba out? 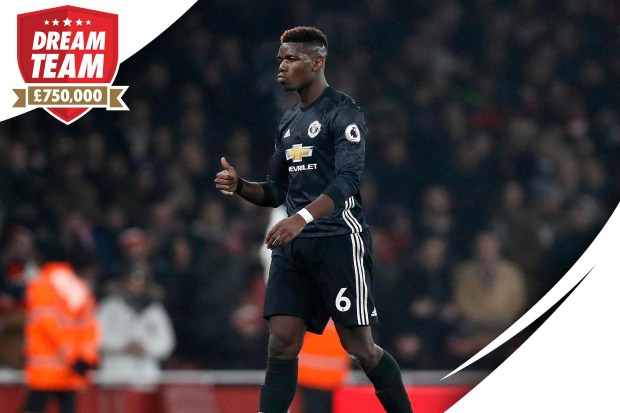 The Mirror report The FA will await the report from Marriner before deciding whether to investigate Pogba’s reaction.

Mourinho defended his star, saying: “Paul is very frustrated because everyone knows he is a clean player and it was not his intention to be close to a red card.”

The £89 million man has an automatic three-match ban for violent conduct ruling him out of Sunday’s derby clash with Man City.

Pogba is free to play in Man United’s next match in the Champions League against CSKA Moscow at Old Trafford on Tuesday.

In 2005 Wayne Rooney was banned for two Manchester United Champions League games after getting sent off against Villarreal and clapping the referee Kim Milton Nielsen.

And in April last season Neymar also got a ban for applauding a fourth official in a La Liga match while at Barcelona.

What does this mean for your fantasy football team?

Pogba has been one of the most popular picks this season, nearly one in five of you have him in your team.

The Frenchman has averaged a good haul of five points per game and at a current price of £5.9 million he is still quite cheap.

But with a three-game ban looming for the red card against Arsenal as well as a possible additional game on the sidelines should you use one of your precious transfers on Pog?

United have seven games left in December and Pogba could return for the final three – so is he worth transferring out and getting back in for the festive period?