Expected goals (xG) are the shiny new toys of the statistics world this season.

Contrary to what you may have heard, they are very revealing.

We gave you what the Premier League table would look like based on who has the best xG.

Now we are treating you to Opta’s latest trench of xG discoveries.

Some say xG does not paint the real picture of how a match plays out, others say it is a good barometer of who dominated the game.

Well, this table sets out who has been over-performing according to xG and who has been missing sitters all season – a few of the rankings may surprise you.

This table shows Premier Clubs expected goals tallies and what they have actually scored in real life. 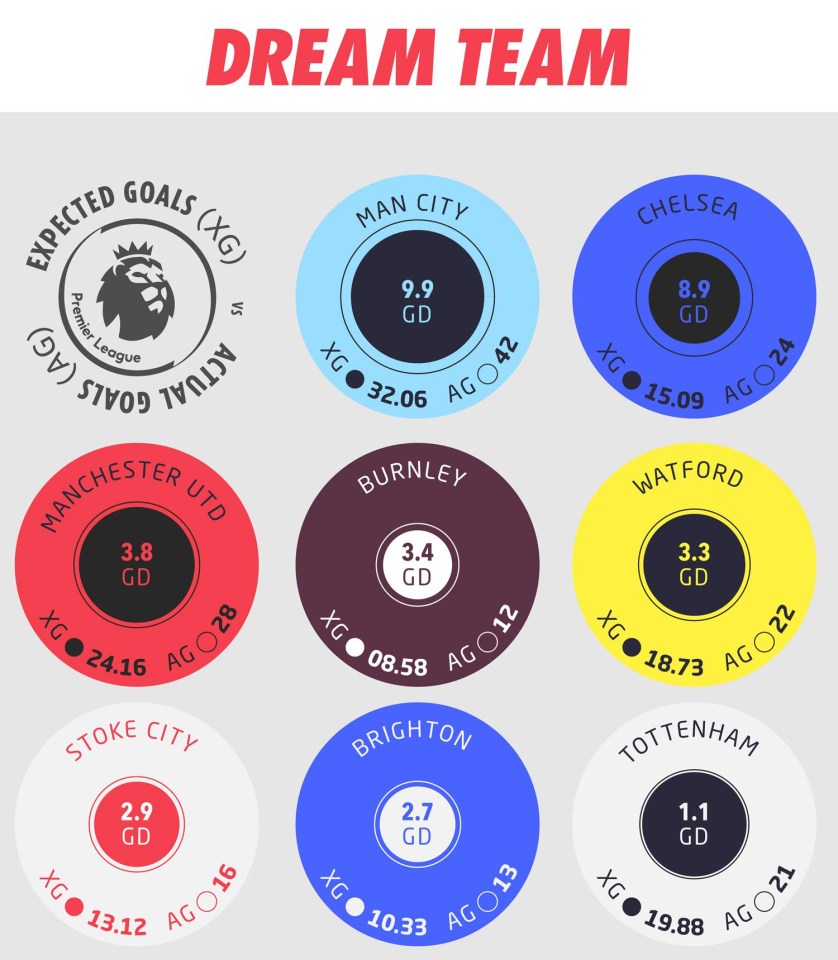 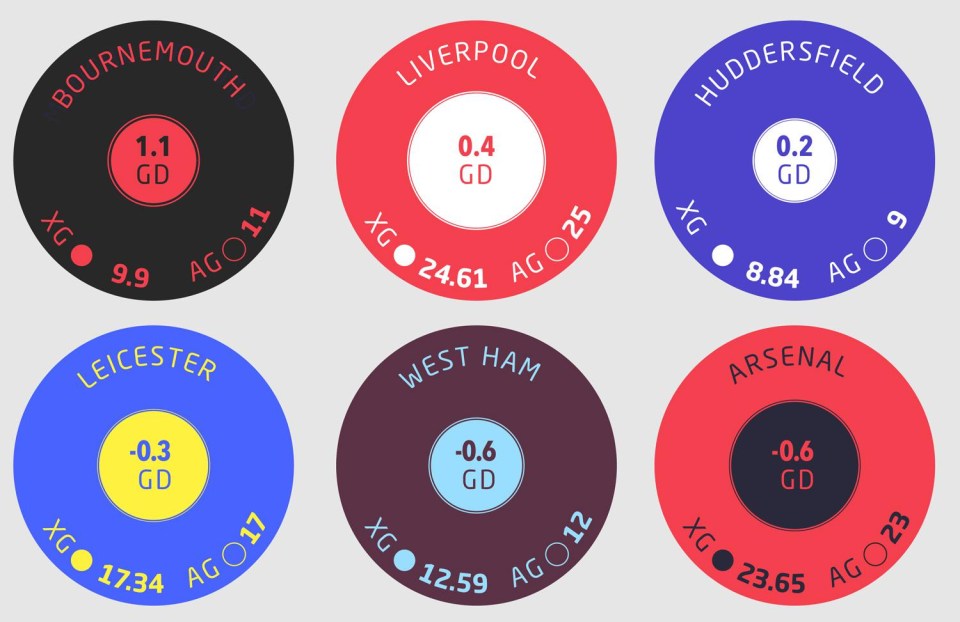 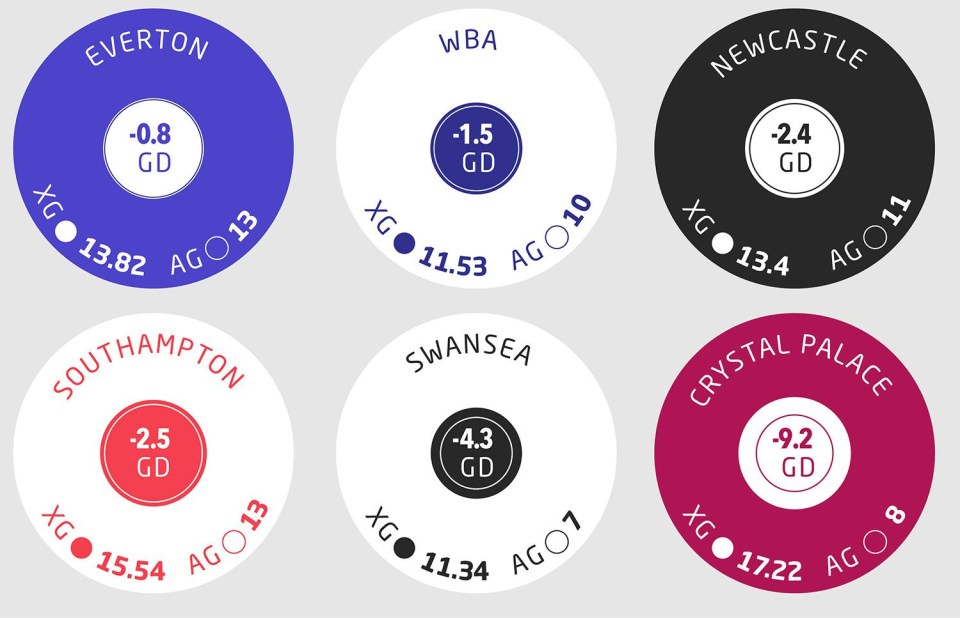 Let’s start at the bottom.

Crystal Palace are still bottom of the Premier League table having only lost nine of their first 14 games.

Based on their xG over the season the Eagles should have scored 17.22 goals, however Palace’s finishing has been way off with only eight actual goals scored so far.

The other most profligate clubs all sit in the bottom half of the table, understandable.

Joint-bottom Swansea have only netted seven times this season, but their xG suggests they have registered 11.34 goals.

Southampton, Swansea and West Brom make up the bottom five of underachievers.

What do all these clubs have in common? A lack of potency up front.

Now if we turn our attention to the clubs scoring more than they are expected you are looking at the players who are scoring from odd angles and converting difficult chances.

Obviously Man City are leading the pack – as they are in nearly every statistical aspect.

After those dizzy numbers Man United, Burnley and Watford make up the next band who have scored roughly 3.5 more goals than their real life efforts.

The stodgy middle of the ‘xG versus real goals’ table hosts Liverpool, Huddersfield and Leicester.

These three have basically been scoring as many goals as the stats suggest they should.

Can’t argue with that.