Everton fans – are you happy?

While Big Sam is not the progressive manager wedded to great football you wanted, he will definitely get that defence sorted out.

After conceding five at home to Atalanta and another four against Southampton on Sunday, that has to be the priority at the moment.

While Everton play West Ham on Wednesday night under the faithful guidance of David Unsworth, Sam will be in the hotseat for Huddersfield’s visit to Goodison Park on Saturday.

The former England manager is renowned for keeping teams in the Premier League – in fact he is a survival specialist.

Here are five things that will definitely happen under Big Sam…

Fair play to Ronald Koeman, he blooded a lot of young talent for the Toffees.

But, Calvert-Lewin has been left to fill a Lukaku-shaped hole and it is not working out at the moment.

He looks isolated, ineffective and has struggled to act as an outlet in recent games.

Expect Allardyce to turn to experience over youth until Everton are out of the mire and Wayne Rooney could have an important role in the coming weeks.

The ease of scoring against Everton this season has never more glaring than we saw in the match against Southampton.

At one point they had a backline that represented something you would see on a rugby pitch instead of football.

Allardyce will not stand for that and without doubt you will see a more compact and organised defensive show. 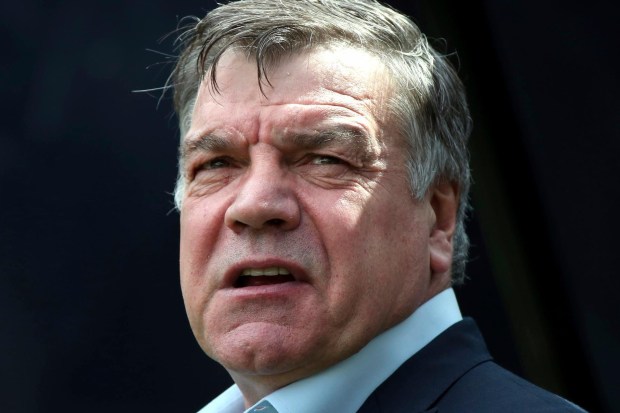 3 The fun times will be restored at Everton

Big Sam is a man that loves life.

He enjoys his wine, he’s always up for a new Premier League job, is no stranger to a good dance in Marbella and firmly believes a quiz night can sort out any squad’s issues.

He will bring his trademark smile to the club, a million pints of gravy and a lot of Christmas joy, hopefully.

4 The underperformers will be dropped

The likes of Morgan Schneiderlin and Kevin Mirallas have been guilty of putting down tools since Unsworth took over.

A number of other high profile players should take a look at themselves too.

This is guaranteed to change under the new manager, it will be a basic requirement under Allardyce to give everything for the shirt.

Otherwise expect to see a raft of players watching games from the subs bench, or worse their sofas.

5 Bring Everton into the top half of the table

Points are the only recognised currency in the Premier League and wins will be like gold dust for Everton right now.

After the monumental clash against West Ham, the Toffees have been dealt a kind hand in the December fixture schedule.

Huddersfield at home, an away Merseyside derby, a trip to Newcastle and visits from Swansea and Chelsea offer several opportunities to hoover up lovely points.

With Brighton in 10th place currently just five points ahead of Everton it is very plausible that Big Sam could put on his Father Christmas outfit and deliver a top half position for the fans by Christmas morning.