Tonight’s Champions League results could trigger a mass day of mourning in the hipster community tomorrow.

That’s because Napoli could crash out of Europe’s primary competition if they don’t beat Shakhtar Donetsk.

The Italian side currently sit pretty at the top of Serie A, still unbeaten and leading Inter Milan and Juventus in the title race.

But in Europe it’s been a different story for Mauricio Sarri’s slick stars.

They were beaten in Ukraine and lost home and away to Manchester City in two of the most eye-catching Champions League showdowns in recent memory.

Can Napoli still make it through? 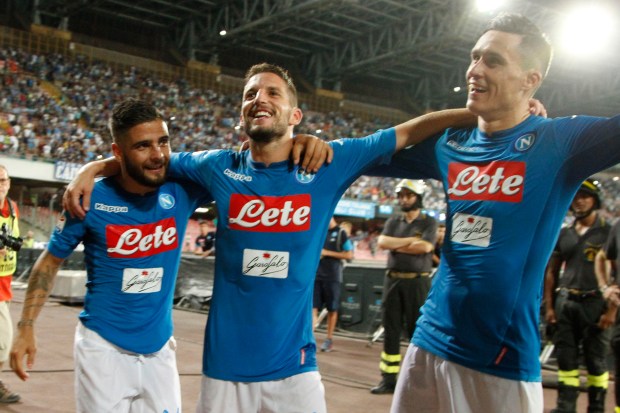 Napoli have just three points from their four group games so far with two ‘cup finals’ against Shakhtar and Feyenoord left to save their goose.

In fact, only two sides have ever progressed to the knockout stages before with just three points after four group games.

But if anyone is capable of a minor miracle, it’s Napoli.

They need to win tonight, then beat Feyenoord and hope City do the business – as expected – against Shakhtar in the other final group game.

It’s certainly feasible – and they have more than enough ammunition to achieve it.

Their fluid front three of Dries Mertens, Lorenzo Insigne and Jose Callejon have scored 23 goals between them already this season.

Add to that Marek Hamsik – who can become the club’s record goalscorer tonight – and you’ve got an attack brimming with creativity and pace.

The odds are stacked against them, but when Napoli turn on the style they can blow anyone away…