Only Lionel Messi has scored more league goals than me at my club this season.

I’m the last player to score a hat-trick for Brazil. I am also the worst signing in Spurs’ history.

We are, of course, talking about Paulinho.

The man who left London as an IRL meme returns as a key component of La Liga’s runaway leaders.

The Barcelona midfielder will step out at Wembley when Brazil face England as player reborn.

If Brazil are looking for a man to unlock England’s defence then, given recent form, Tite’s side will more than likely turn to Paulinho.

Only Gabriel Jesus scored more goals during qualifying, in which Brazil made a mockery of what is by some distance the hardest route to the World Cup.

His six goals put him on an even keel with Neymar and only four behind Uruguay’s Edinson Cavani, who was the top goalscorer in qualifying.

How Paulinho has become one of Brazil's best players 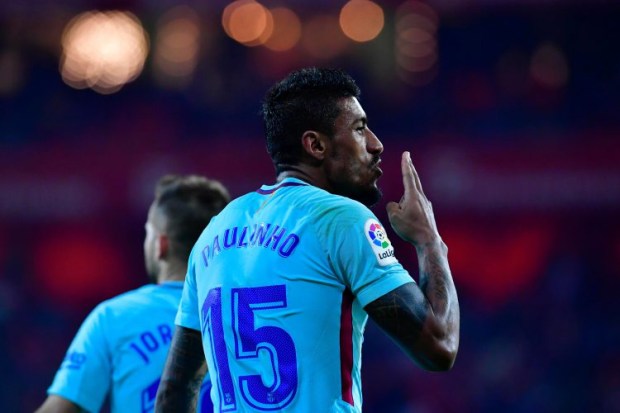 But it’s not only goals that have seen Paulinho establish himself as one of Brazil’s most important players in the build up to the 2018 World Cup.

Paulinho is Brazil’s most experience midfielder, with 45 caps to his name.

His relationship with Casemiro, who’s got 19 caps, and Renato Augusto, who’s got 26 caps, is vital to allowing Neymar, Jesus and Philippe Coutinho to flourish.

So if Paulinho sticks one past England on Tuesday, as he did in the 2-2 draw in Rio de Janeiro back in 2013, don’t be surprised.

This isn’t the Paulinho who was let go by Spurs after being deemed worse than Ryan Mason.

This is the man Lionel Messi begged Barcelona to sign in the summer. The man who’s been getting tips from Ronaldo.