Clinical strikers seem to be the flavour of the month.

The likes of Harry Kane, Romelu Lukaku, Alvaro Morata and Sergio Aguero are all in the form of their lives, prompting comparisons with some of the best attackers in Europe.

FANCY AN EXCLUSIVE BET ON THE CHAMPIONS LEAGUE TONIGHT? BET £5, GET A FREE £20 BET

But one prolific marksman’s name isn’t offered the same recognition as the others.

Benfica striker Jonas has been one of the most consistent goal machines in Europe in recent years – and that’s been no different this season.

The 33-year-old – arguable the continent’s finest ‘veteran’ out and out striker – has already bagged nine in 10 games for the Portuguese champions this season. 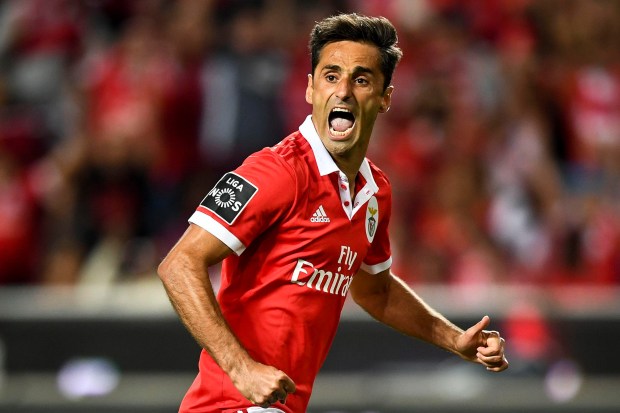 The Brazilian hitman who has 12 international caps, also ran Luis Suarez close to the European Golden Shoe award in 2015/16 after scoring 32 goals in 33 league games for Benfica.

Jonas and his side take on Basel tonight in the Champions League hoping to recover from a defeat to CSKA Moscow in their first game.

And the wily striker will really fancy his chances too, particularly with Manchester United making the Swiss side’s defence look very ordinary in a 3-0 win two weeks ago.

Benfica need a win to maintain their hopes of qualifying from Group A, with Jonas likely to be at the heart of a positive result.

FANCY JONAS TO SCORE AGAINST BASEL TONIGHT? BET £5, GET A FREE £20 BET