You can quote us on that, by the way, if we don’t.

Competition for places in Gareth Southgate’s 23-man squad is as fierce as ever, but the season leading up to a World Cup always gives chances for breakout stars to emerge.

But who, if anyone, will be those stars who bag themselves a late ticket for Southgate’s side? We’ve looked at 10 potential wildcards who might be in with a shout, if things go their way this season.

Courted by virtually every big Premier League club in the past year, the flying Fulham winger is a serious talent.

Clubs like Tottenham Hotspur have already had bids of £25million rejected, and that’s for a player who was born this century.

To put that into context, Sessegnon was minus four years old when Gareth Southgate hit that penalty.

You’d expect given he’s playing in the Championship to count against him, but watch this space.

Mark our words, Jamaal Lascelles has the potential to be a future England great.

The Newcastle centre-back was given the captain’s armband in 2016 at the age of just 21, and has thrived for the Magpies since his move from Nottingham Forest in 2014.

He speaks well, leads his team brilliantly, and even scores a couple. Don’t be surprised to see him being taken, even if it’s just for experience.

Anyone who has had the good fortune to watch Spurs’ Under-23 side will know all about Marcus Edwards.

In fact, Edwards has already been likened to a certain Lionel Messi by his manager Mauricio Pochettino.

The 18-year-old has yet to make his Premier League bow for the North London club, but you’ll soon know about him when he bursts onto the scene.

Get 33/1 on Marcus Edwards making the England squad 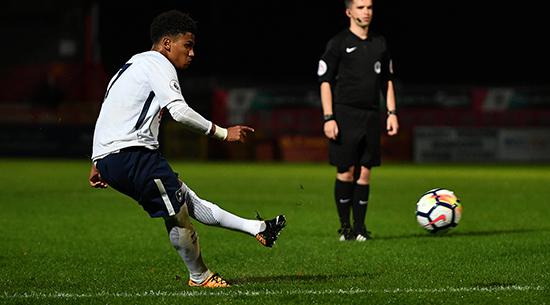 Fair play to Jadon Sancho for reportedly turning down a mega-money contract from Manchester City and moving to German giants Borussia Dortmund.

The ex-City boy made the move as he thought it was better for his development as a player, and he’ll be hoping to make an impact in the Bundesliga if he’s given the chance.

He’ll need to be patient, after all, Christian Pulisic, Andre Schurrle and Andriy Yarmolenko will all get in the team ahead of him, but if he can get a chance, he might be a hidden gem.

It seems like a decade since everyone raved about Reece Oxford keeping Mesut Ozil in his pocket on his West Ham debut.

The Hammers man has been a bit quiet himself over the last two seasons, having not really been given a chance from the powers-that-be at the London Stadium.

He’s made a wise move to German side Borussia Monchengladbach this season, but is yet to start for the Bundesliga side.

He’s most likely to be one for the future, but who knows? A breakthrough season and an unlikely spot could be his.

Look, we’re not actually saying this, just so you’re clear on this.

The writer of this article doesn’t even think the Celtic midfielder should get a look in.

However, there are some people who think he should be given the chance on the international stage, despite him playing in Scotland.

Says it before and I'll say it again, get Scott Sinclair on that England team.

Scott Sinclair should be in the England team. In the form of his life.

The Swansea striker has made a reasonable start since he moved on loan from Chelsea to the Welsh club over the summer.

He’s got two goals in six games in all competitions, and was hugely impressive in the Championship for Bristol Rovers last season, scoring 26 goals in 48 games.

Still just 19, he’s a very hot prospect for the future and could just be one of those players who gets a look in come the end of the season.

What are the odds on Tammy Abraham to be at the World Cup? 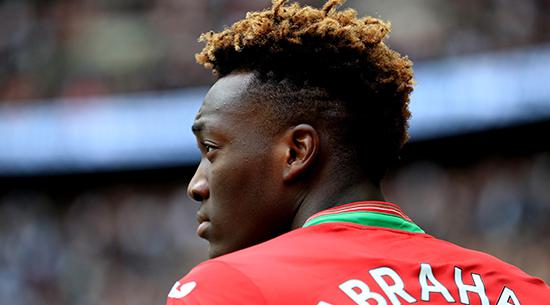 You might not have even heard about Sam Field, mainly because he’s a quiet defensive central midfielder who plays for West Brom.

But the 19-year-old started the Baggies first two games of this season, having made his debut last year.

With the central midfield roles in the England starting XI still very much up for grabs, who’s to say a youngster can’t break into the crowd and steal a place?

Gareth Southgate really needs to make sure he hands Mawson some sort of cap sooner rather than later.

The Swansea defender has found his groove at Swansea, and already looks like a natural heir at centre-back to some of England’s greats.

But will he get a look in? Perhaps not this time around, but he’ll certainly be one to keep tabs on.

What do Calvert-Lewin, Geoff Hurst and Martin Peters have in common?

They’re the only England players to have scored in a World Cup final.

But while the Everton striker’s efforts may have been in the Under-20 World Cup as he scored the winning goal against Venezuela, the Toffees star has been impressing on Merseyside since his move in 2016.

DREAM TEAM COMEDY – When the international break is on, this is what all football fans are like