The former Man United and England defender is set to become a boxer for a television documentary.

The 38-year-old hopes to show what it takes to become a professional in the ring.

And Ferdinand — who will make the announcement tomorrow — could have a bout at the end of the series in the same vein as Flintoff back in 2012.

Flintoff was victorious in his only pro fight to date as he outpointed American boxer Richard Dawson.

Ferdinand has previously shared clips of him working out on the punch bag on Instagram, but the move will come as a big surprise in the world of sport.

He then copied in Fury asking: “When you get your licence back? 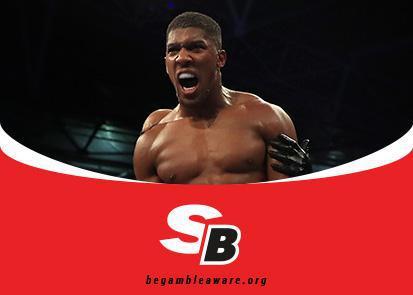 Anthony Joshua defends his heavyweight titles against mandatory challenger Kubrat Pulev on October 28 - here's our view on the fight...

In another clip he called out the three UK boxing heavyweights, captioning it: “Boxing session this morning… heavyweight division up for grabs.

“Lets have it… you want some.”

He was also ringside for Anthony Joshua’s stunning KO victory against Wladimir Klitschko, and even entered the ring at the end to hold Joshua’s belts.

Former Sheffield United and Birmingham professional footballer Curtis Woodhouse and ex-Norwich man Leon McKenzie have both made the switch to boxing.

But Ferdinand is not expected to make a career out of this, although he could well have a one-off bout at the end of his training camp.

Wish Rio Ferdinand all the very best if he decides to give pro boxing a go. Who is anybody to say what he can or can't do. Live ya life 👊🏽👊🏽

And Woodhouse took to Twitter to message Ferdinand as the news broke tonight.

Days after he won his comeback fight against Arvydas Trizno, 37-year-old Woodhouse tweeted: “No pressure champ” and tagged in Ferdinand.

Woodhouse then defended Ferdinand’s choice, as he tweeted: “Wish Rio Ferdinand all the very best if he decides to give pro boxing a go.

“Who is anybody to say what he can or can’t do. Live your life.”