Argentina have shown off their incredible array of attacking talent by leaving out the country’s most expensive-ever player — despite serious struggles to guarantee World Cup qualification.

Gonzalo Higuain, who cost Juventus £75.3m last summer, has struggled for form so far this season.

FANCY AN EXCLUSIVE OFFER ON THE PREM THIS WEEKEND? BET £5, GET A FREE £20 BET

And he came in for some strong criticism from manager Massimiliano Allegri following his “attitude” during the 3-0 defeat to Barcelona in the Champions League.

However, he still has two goals in three Serie A games so far — and is Argentina’s sixth-highest goal scorer.

But boss Jorge Sampaoli has excluded him from the squad for the vital clashes against qualification rivals Peru and Ecuador, which will define their campaign.

Yet, he still has four of the best frontmen on the planet among his 21-man squad.

Lionel Messi, Sergio Aguero, Mauro Icardi and Paulo Dybala are all included — and the quartet have already yielded an incredible 22 goals between them so far this season.

Amazingly, however, it’s goals which have been the Albiceleste’s problem so far in this campaign.

Argentina are currently fifth in the South American qualifying standings — and trail Peru by virtue of having scored TEN fewer.

As things stand, they are in line to face New Zealand in a play-off.

However, Chile are  just a point behind, with Paraguay and Ecuador also breathing down their necks.

Javier Pastore is another big-name omission from Sampoli’s squad, despite starring for Paris Saint-Germain.

FANCY AN EXCLUSIVE OFFER ON THE PREM THIS WEEKEND? BET £5, GET A FREE £20 BET 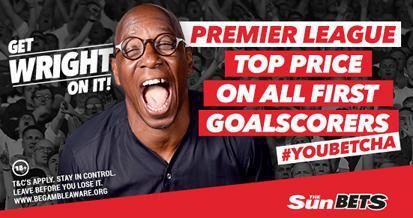