The sight of 20,000 Cologne fans in the capital on Thursday afternoon would have come as a shock to most.

Whilst a Thursday night Europa League game at Arsenal won’t have been exactly the hottest ticket in town for some, it certainly was for the thousands of German fans who descended on North London.

The game had to be delayed for an hour over security fears around the stadium, and some Cologne fans had to take drastic measures to ensure they could see their side in action.

But why were there so many Cologne fans in London for a game so few in this country cared about?

We caught up with German football journalist Marcus Erberich to try and understand what all the fuss was about. 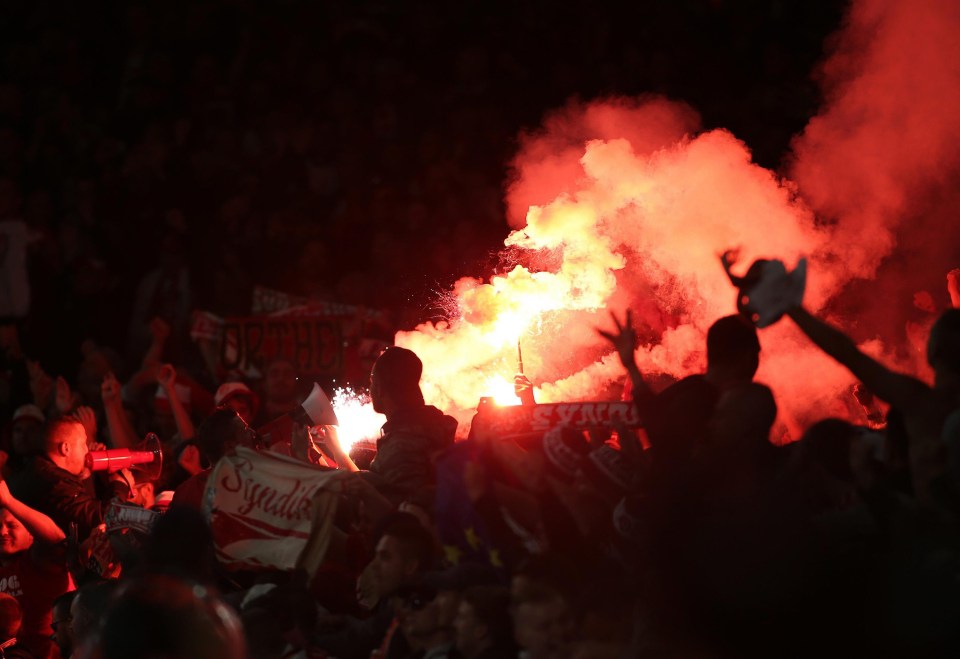 So, why so many fans?

“It’s been 25 years since Cologne last played internationally, so it was always going to be a big deal,” Marcus explains.

He continues: “That’s not the full story, though – in the meantime they have been relegated to the second tier and promoted back up five times.

“But they always had the conception that their club should be playing in Europe, and now they have that – after desiring it for such a long time.”

Are they known for being a passionate club in Germany?

“Yes, they are known for their very passionate support.

“Not everyone likes their carnival-style of chants – it’s a regional thing that you either like or dislike.”

What’s the reaction to them almost outnumbering Arsenal fans in their home ground been like in Germany?

“Yeah, it’s been surprisingly big in our media – it is a massive away crowd, especially for a Thursday night!

“That they outsung Arsenal didn’t really surprise people though – Arsenal isn’t exactly known as a club that creates a particularly tingling atmosphere.”

How much do they care about this competition – it looks like they’re taking it pretty seriously?

“I wouldn’t be surprised if a whole lot think they can win it – modesty isn’t the most defining character trait of Cologne fans.

“The majority will be a little more realistic though – the club are currently bottom of the Bundesliga, so any decent European adventure would be good, I expect.”

Arsenal won the first leg 3-1 after a brilliant second half performance in which Sead Kolasinac, Alexis Sanchez and Hector Bellerin all found the net.

The second leg is in a fortnight’s time, where we expect there won’t be 20,000 Gunners fans.