That’s what the rest of Man City’s squad are asking about Samir Nasri.

The French midfielder is becoming increasing outcast among his team-mates in the days leading up to his inevitable departure.

The Telegraph are reporting that Nasri’s inclusion in City’s pre-season tour to America has left some players confused and irritated.

A club source close is believed to have said: “Some of the players don’t understand why Nasri is even here.

What could Nasri bring to fantasy football this season? 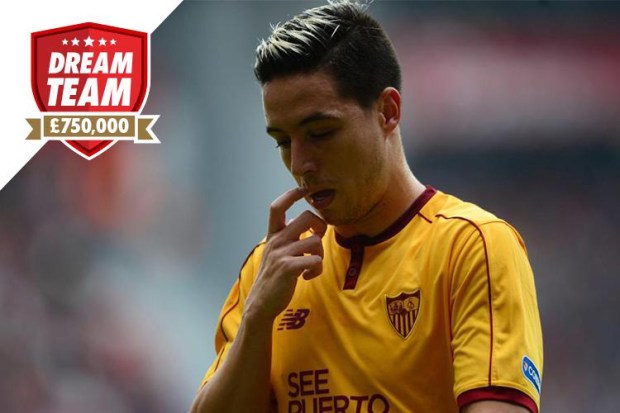 “He has an arrogant attitude and doesn’t appear to care.

“He knows he will be leaving and he’s turning out to be someone who shouldn’t be on the trip. The club can’t wait to get rid of him.”

Many fans were surprised to see Nasri appear in City blue during the first ever Manchester derby played on foreign soil.

Pep Guardiola gave the 30-year-old a run out in Houston during the 2-0 loss to Man United in an attempt to remind other clubs of his undoubted talent.

By putting him in the shop window, City are hoping to attract an offer of £10million for Nasri so they can get his £170,000-a-week earnings off their wage bill.

Nasri spent last season on loan at Sevilla and particularly impressed during the first half of the season.

However, his situation has been compromised by an investigation into doping allegations.

Nasri famously promoted the fact that he had undergone a treatment at a Los Angeles clinic last December that may have breached rules regarding doping.

The ex-Arsenal playmaker had an intravenous drip attached which included receiving one litre of hydration fluid.

The World Anti-Doping Agency (WADA) state that only infusions of up to 50 millilitres are permitted unless there is an obvious medical reason.

The ongoing investigation may hinder his exit from Man City as other clubs believe he may be at risk of a ban.

Hated by his team-mates, unwanted elsewhere… where did it all go wrong, Samir?