You can usually tell how good a player has been throughout their career by looking at their cumulative transfer fee.

While Gareth Bale (£98.35m) commands the highest total transfer fee for any British player, there is a distinct lack of English players who have enjoyed multiple big money moves.

So in an age of huge transfer fees (we’re looking at you, Kyle Walker), we’ve looked at the 20 highest cumulative transfer fees for those players born on these shores.

All figures from Transfermarkt. 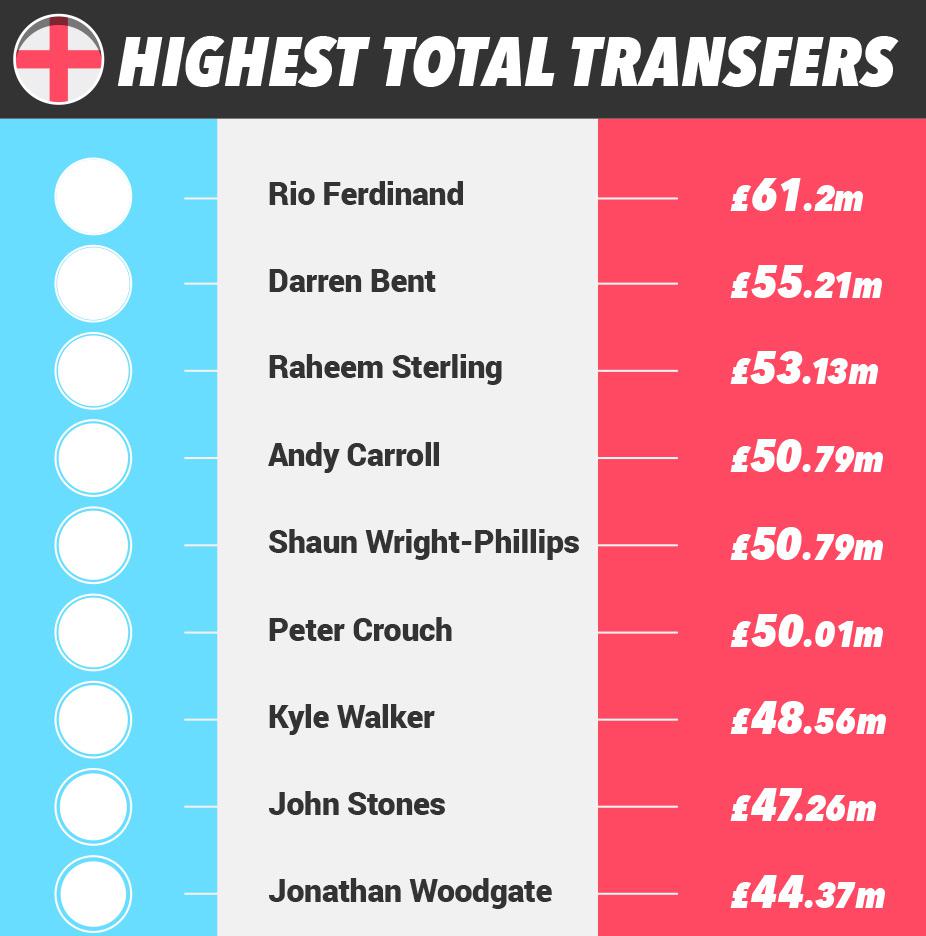